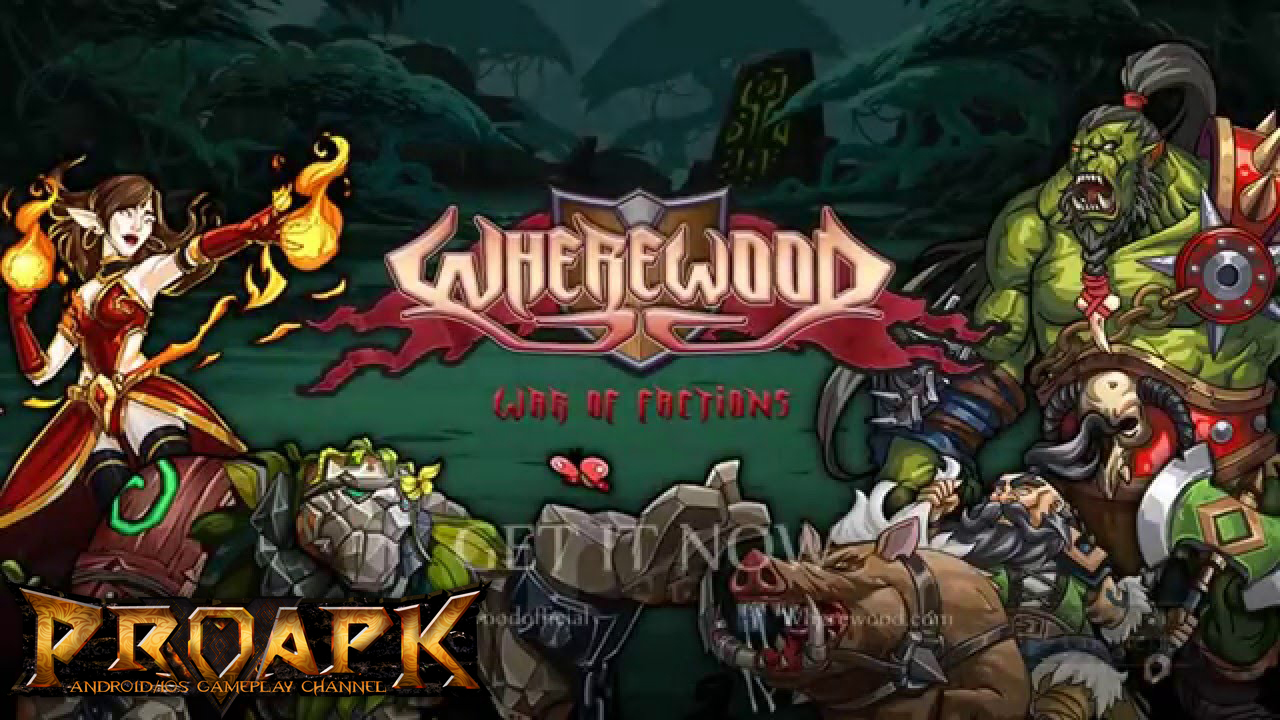 Wherewood: War of Factions by Sea Cliff Studio (IOS/Android)
Wherewood: War of Factions is a new twist on Real Time Strategy games where three Factions battle each other to become the sole rulers of the Kingdom! Build your base, equip your Commanders and fight for your Faction!
Risk Meets Civilization: Build massive empires, use strategy, quick thinking and cooperation with your allies to gain territories on the strategic map and enrich your faction in PVP, Faction War and Campaign. Explore the unique Fantasy IP of Wherewood as you attack enemies, build your forces and gain new powerful Commander along the way!

Join the fight in this Free-to-download Early Access Beta!

INCLUDING:
• 30+ Commanders to choose from with each their own Ultimate Skill and abilities
• 100s of equipment, Unique sets and crafting system
• 100+ missions in Campaign to complete giving you access to new equipment, research and Commanders
• Faction PVP: Fight your way to the Crown! Start as a simple Guard and Duel against your allies to fight your way to the top of your faction’s hierarchy. Kill the King and YOU will decide the fate of the Faction!
• Global PVP: One live cross-platform map (iOS/Android) for the whole server to fight on in real time; Hundreds of players battling for hundreds of Cities and Resources areas. Will you brute force your way in or sneak like an assassin?
• Strategic Map: Hundreds of cities to capture, strategic choke points to protect and special cities giving extra bonuses to the controlling faction.
• Asymmetrical Battlefield: Orcs, Humans, Elves, Dwarves, Goblins and more fight for the same land and resources. Can you lead your people to victory?

☆ RTS: Real time multiplayer battles; The whole server is at war!
☆ Live Events: Server and Cross-Server events allows you to compete will players from all over the world and if you win, will procure incredible rewards for your faction. Unite!
☆ Unique sets and crafting system
☆ City buildings: Armory, Tavern, Alchemist, Marketplace… Build your city to fund your army and
research new technologies to get the upper hand in battle!
☆ Train your troops. Each Commander levels up under your command. Learn their strengths and use them wisely to gain the upper hand in battle!
☆ Unique ultimate attacks for each Commander. Unleash your true powers!
☆ Your role matters: No matter your level, you have an impact on your Faction strategy. Stall the enemies, distract, use traps, scout… All tricks are good to make your side win!
☆ Want to play two factions at once? You can create multiple Characters under the same account!
☆ Free multiplayer games with MMO battles and huge fighting armies
☆ MMO RPG games where you to fight in multiplayer battle games
☆ Play epic online multiplayer games for free
☆ Real time strategy multiplayer games and MMO battles! Build an empire and clash with your enemies in a free fantasy kingdom!

Wherewood is completely free to play, however some game items can also be purchased for real money. If you do not want to use this feature, please set up password protection for purchases in the settings of your Google Play Store app.