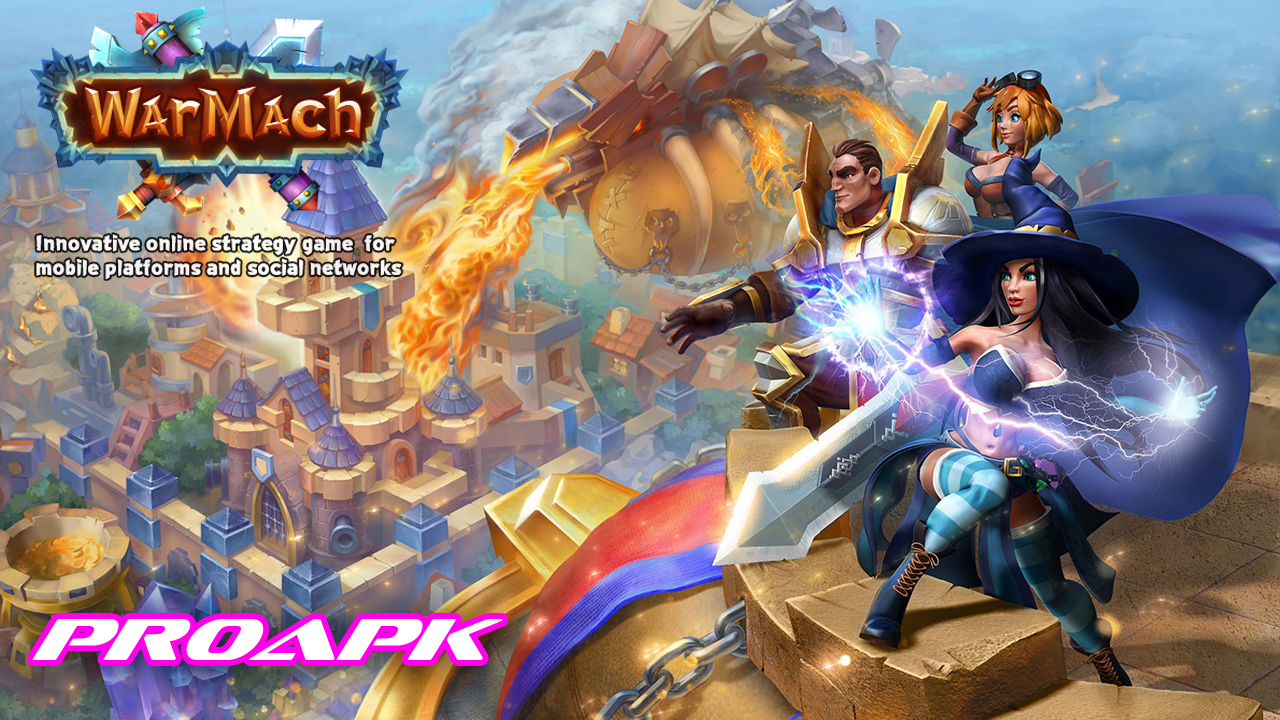 WarMach by PINKAPP (IOS/Android)
Get ahold of this new addictive 3D online strategy game. Take part in the battle between the brave warriors and the ferocious Orcs for the land of the Old Empire.Rally a powerful army, raze the enemy’s fortress to the ground, and take all their loot!
Create an impregnable fortress, train your own army, defend your assets, and attack and capture the enemy fortress.

Multiply your wealth (while neglecting development of the Castle), or build a powerful army and conquer other people’s wealth and lands.

✓ Superb 3D graphics and rich game content.
✓ Choose your ally – people or Orcs.
✓ Full control over your army’s actions in battle.
✓ Choose the targets for attack. Many tactical choices for attack and defense.
✓ Support your army with magic boosts.
✓ Different gaming landscapes influence the course of the battle.

★ BUILD and upgrade your defenses with canons, watchtowers, mortars, and moats!
★ ATTACK the enemy fortress with infantry, riflemen, robbers, monsters, and flying fortresses!
★ IMPROVE their skills and armament to come out on top!

Military tradecraft, clever engineering, and powerful magic will lead your army to victory. Wage a war of mutual extermination.

Battle with players from around the world and become the OVERLORD of the OLD EMPIRE!