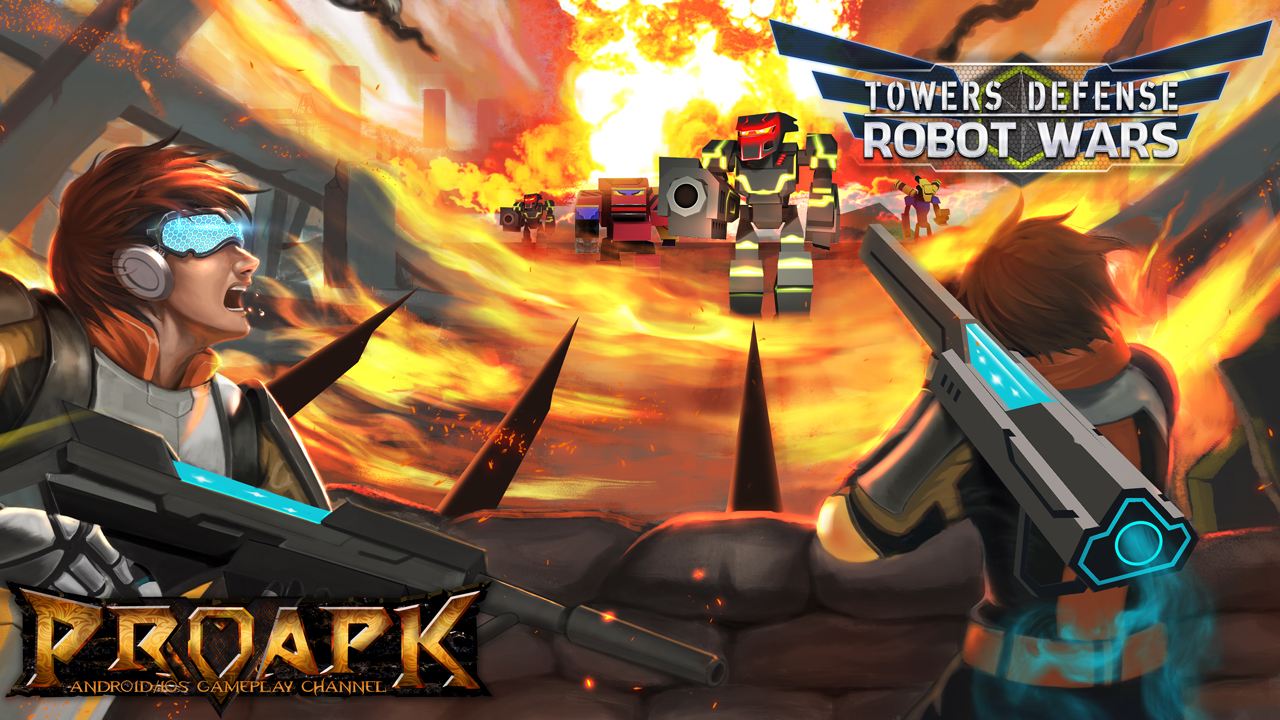 ### Features:
– 20 maps with variety of geography, scenes such as village, city, harbour, snow mountain, space ship …
– Defending system includes 6 categories of weapon with 5 levels for each.
– 15 robots with various speed and power.
– Win 20 battle, defender will get the victory.
– Defender can speed up the pace of the battle.

### Tips:
– Defender needs to choose the right kind of weapon in the right time and position.
– Defender should upgrade one in good position first.
– Combo appropriate weapons brings more power.
– Defender have to practice to master putting weapon skill.
– Try different strategy to find the best.

If you are a fan of Tower Defense – Strategy game, there is no reason for you to miss this epic game version Robot Wars. No mercy wars against evil robots will satisfy even the most fastidious gamers. Download Towers Defense: Robot Wars and become a great defender now.