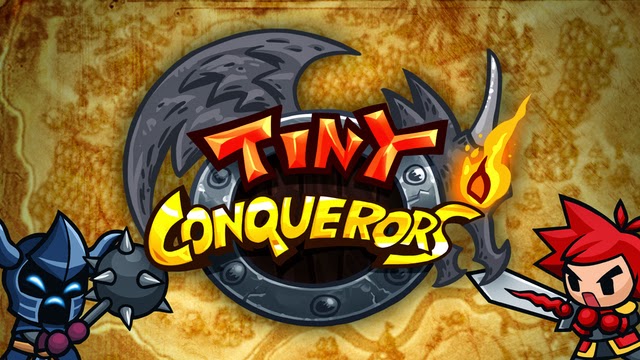 Description
Lead your Tiny Conquerors into victory in this epic strategy RPG! Crush friends and foes alike and expand your territory in strategic combat. Manage your resources, upgrade your troops, and send your armies out to fight against millions of players online!

Become the Ruler of Acaros by strategically managing your army in a throng of fast-paced battles to victory. In this addictive blend of action, RPG, and competition, you can go head on against your friends with your army of Undead, Humans and Elves and your arsenal of powerful spells. Climb higher in the ranks by out-surviving your friends and beating fearsome boss dungeons. And this is only the beginning!

>> FEATURES << ▶ Absolutely FREE TO PLAY! ▶ Train your tiny army into an undefeatable battalion ▶ Clash with players from all over the world and earn Battle Points ▶ Enchant and evolve your items to become the best ▶ Fight in over 300 different strategic maps through a multitude of PVE and PVP modes ▶ 27 unique troops under your command each with tons of upgrades ▶ Master spells exclusive to each race: Humans, Elves and the Undead ▶ Defend your turf against attacks by upgrading your Castles and slotting them with mystical gems! ▶ Pillage gold from other players and leave their Castles in ruins! Send us any comments or problems! We’d love to help you, reach our support team at tinyconquerors@kiyatgames.com Visit us on Facebook for events, updates and more! http://www.facebook.com/tinyconquerors Note: A network connection is required to play REMINDER: Tiny Conquerors is free to download and play. But there are in-game items that can be purchased to make the game even more exciting. To restrict in-app purchases please check the settings of your device.