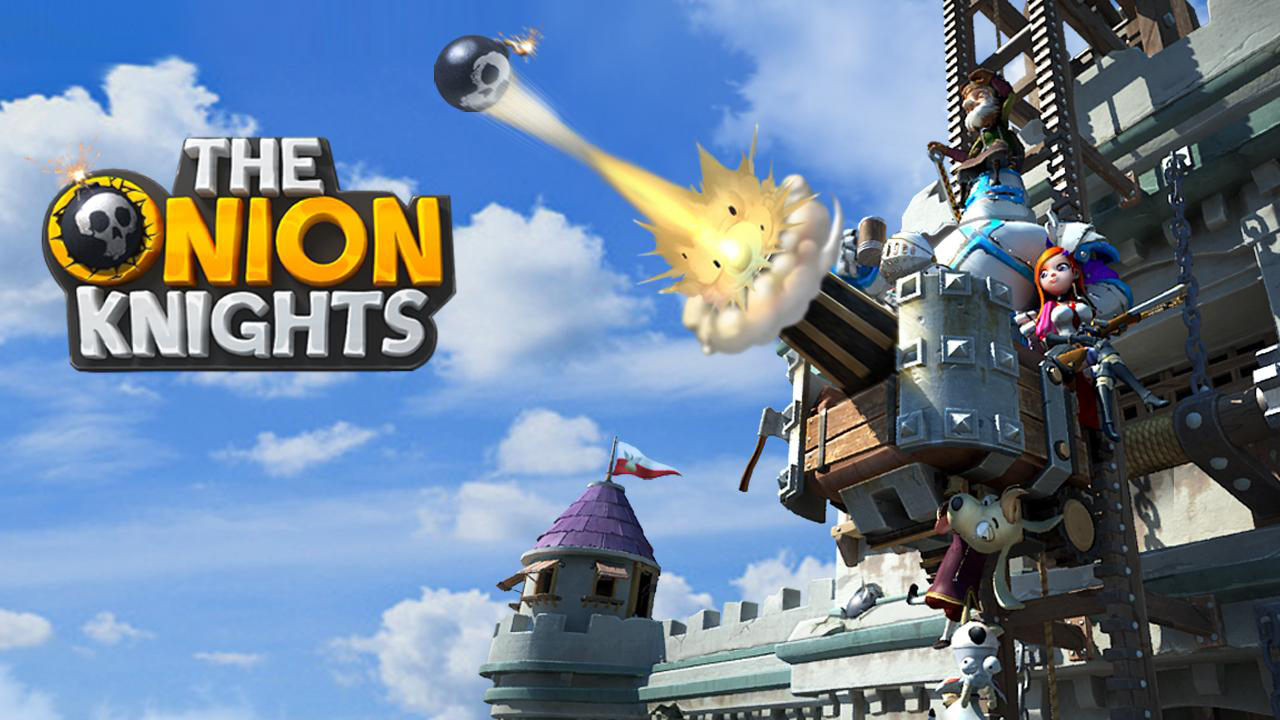 The Onion Knights by THEM corporation (IOS/Android)
Now you can collect heroes and upgrade the various knight’s skills to become the most powerful knight captain.
Let’s take a look at the game.
1. Story
In the age of the Great Binge, the Broccoli, Potato and Ginger have all fallen to the enemy empire of Curry and now only the Onion Kingdom is left.
But just as curry cannot be complete without onions, the Curry Empire keeps attacking the Onion Kingdom. To guard their kingdom, their greatest army has been sent into battle – the Onion Knights.

2. Play System
The main game play consists of using a combination of a cannon and skills of three knights and several heroes to defeat the endless hordes of enemies.
Users will be able to enjoy the beginning stages through their simple game play system and their special design. Later in the game, they will enjoy collecting heroes and making them stronger through upgrades.

3. Game Modes
1) Stage Mode: Try to conquer the 160 stages that are divided into easy and hard ones!
2) Extreme Mode: Encounter your own control limits when more than 1,000 extreme waves are coming at you!
3) Daily Dungeons: Enter the new dungeons that open every day to find upgrading materials!
4) Combo Mode: Try to make your way into the world ranking by defeating 500 enemies through a super combo!

4. Make good use of your heroes
Collect hero cards in the stage mode for your own strategy.
You can upgrade them to use special skills and give the game even more depth.
By collecting cards and materials to upgrade your heroes, you can decorate your cabinet with hero figures.
Try to collect heroes in your own cabinet and then upgrade them!

5. Your own playing pattern
You can use your collected heroes in various ways in the game, kick those incoming enemies by combining your own skills with use your own controls for fierce battles without the use of a single item.
Users can enjoy the game in their very own way.

7. You’ve become tired while playing the game?
If you collect the puzzle pieces that you received by clearing a stage, you can complete pretty puzzle pictures.

Sometimes you’ll be able to see part of the daily lives of the knights when you complete a puzzle.

Become part of the Onion Knights and protect the Onion Kingdom together with players from all over the world.