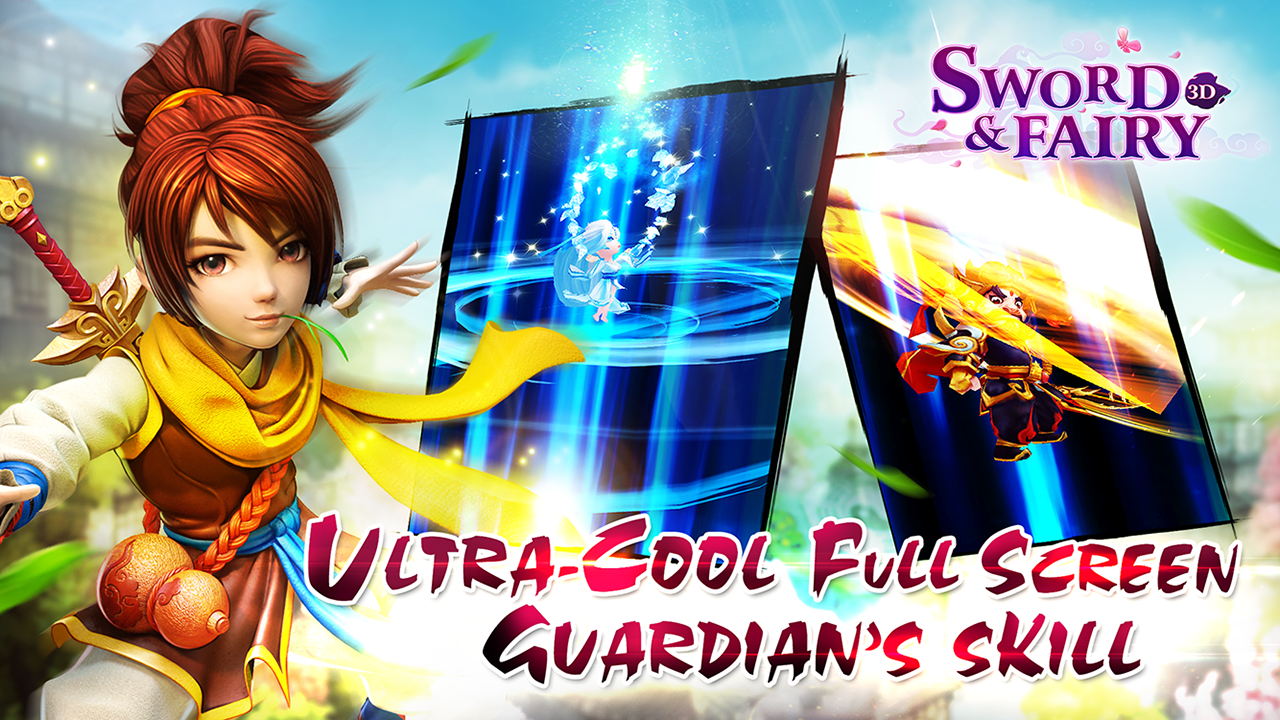 Sword and Fairy-3D CBT by EAGAMEBOX (IOS/Android)
Sword and Fairy 3D has been praised as the pioneer of 3D action mobile card game. Li Xiaoyao, the protagonist of the game, travels across the plots and meets maiden Zhao Ling’er and Lin Yue’Ru, whom he falls in love with. And begin the adventure in their journey consisting of Demonic Towers, Celestial Swords, Sacred Realm, Dungeons, Alchemy Cave, Devil Slaying and Wilderness.
Experience innovative strategic 3D action-card-battle gameplay, collect your team of heroic and epic heroes, and challenge your friends in unique PvP, Survival, BOSS Challenge, Arena and Guild co-op multiplayer combat.

There are varieties combinations of heroes, let alone equipment so it is up to you to select your team! Your skill, strategy, and lightning fast reactions will command your heroes in each battle to lead you to victory.

Witness the dazzling display of each Mounts unique skills! Varieties of different Mounts to pick and choose to add additional abilities for your character! Come up with the best strategy to win battles!

Collect the weapons in the battle to equip your heroes with the finest set gear. Empower your team to slash any enemy down with thrilling 3D fighting gameplay. Train, customize and level-up your strength in true fantasy battle.

Sword And Fairy 3D combines the best features of strategy 3D card game. Earn silver, gold and other materials to upgrade and evolve your heroes to make them battle ready! Develop your heroes by fighting battle after battle and become the strongest war champion alive! It is also best characterized as a very memorable tragedy. Its plot, especially the ending, has moved many players to tears! Join Us Now.