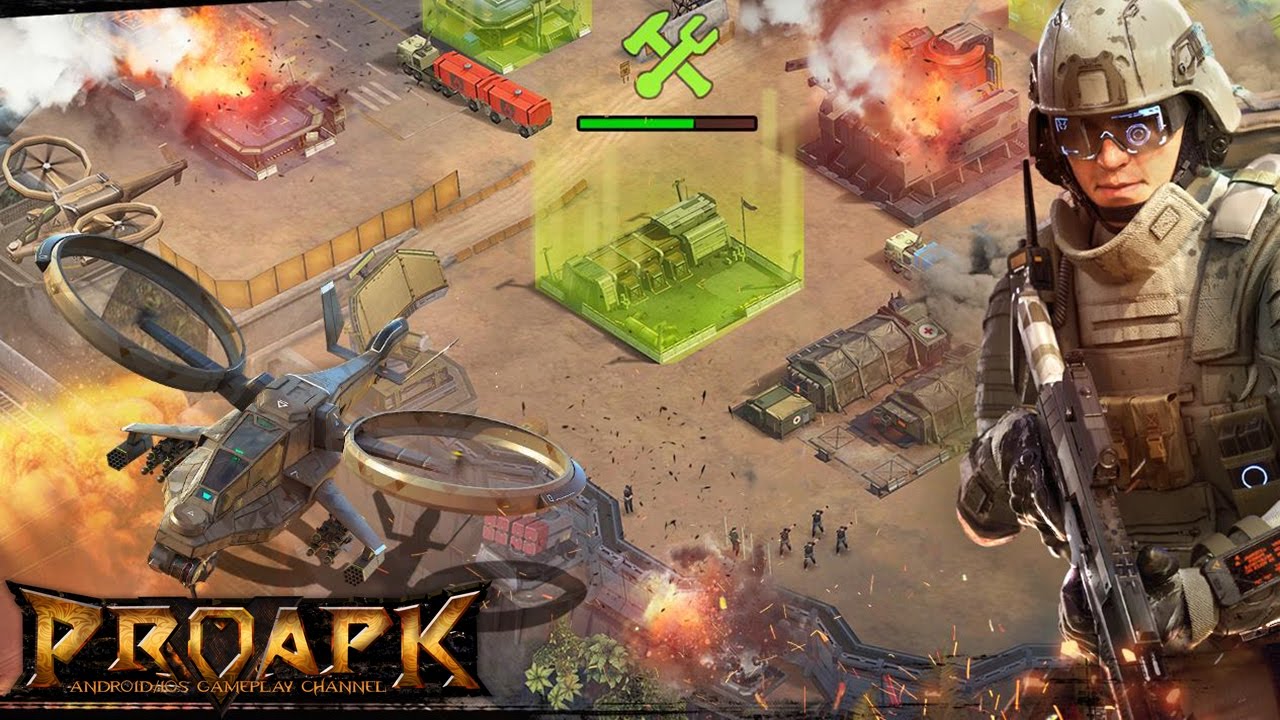 Soldiers Inc: Mobile Warfare by Plarium Global Ltd (ANDROID/iOS/iphone/ipad)
►►► SUBSCRIBE PROAPK FOR MORE GAMES : http://goo.gl/dlfmS0 ◄◄◄
Step into the next generation of MMO strategy in Soldiers Inc: Mobile Warfare. Train your troops, build your base and command an army against your enemies. Conquer Black Sites and outposts full of resources, and team up with friends to take total control of the battlefield!

The year is 2037, and the evil Phoenix Corporation has taken control of Selva De Fuego – the world’s only source of a new lifesaving serum. The world has declared war on Phoenix, giving every private military and mercenary force a green light to invade Selva De Fuego and do whatever it takes to crush the rogue corporation.

This where you come in. As the commander of a division of seasoned soldiers of fortune, your mission is to defeat Phoenix before your rivals – but it won’t be easy. Standing between you and victory are the most elite mercenaries and devastating weapons on the modern battlefield.

Use a cutting-edge arsenal of weapons including advanced assault vehicles, tanks and futuristic military drones to prepare for all-out warfare in the mobile sequel to the award-winning hit Soldiers Inc.™.

NOTE: Please set up password protection for purchases in the settings of your Google Play Store app. Also, under our Terms of Service and Privacy Policy, you must be at least 13 years of age to play or download Soldiers Inc: Mobile Warfare™

– FREE TO PLAY
– Available in the following languages: English, French, Spanish, Italian, German, Japanese, Korean and Russian.
– Incredible graphics with motion-captured hero characters and stunning 3D maps.
– Compete online in realtime massive multiplayer clan warfare.
– Train and upgrade your troops and combat systems to create an unstoppable army.
– Develop and deploy the next generation of military weapons across an ever-evolving battlefield.
– Attack or Defend – reposition your base and customize your outposts to back up your strategy.
– Participate in intense, tactical PvP against players all around the world.
– Single-player PvE missions, tournaments, rewards, and achievements.
– Forge an alliance, cooperate with teammates and devise strategies to defeat your rivals.
– Live operations with hundreds of different events and leaderboards to play across single player and PvP.