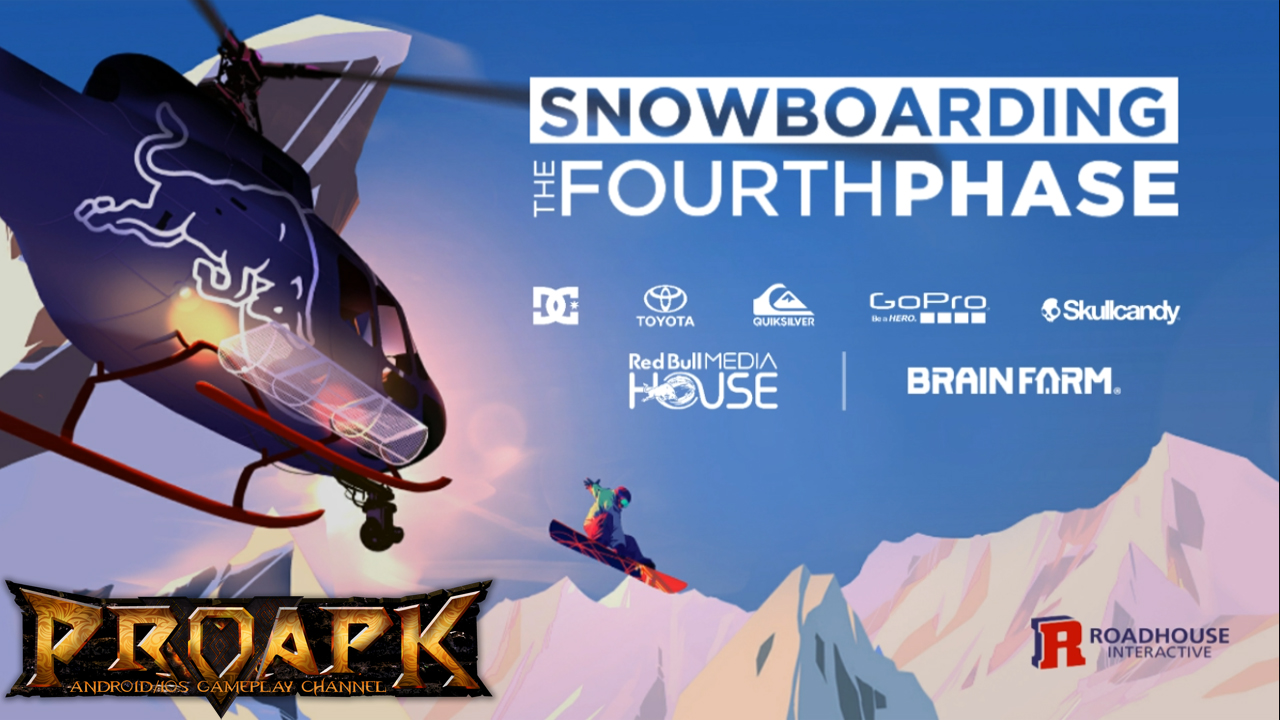 Snowboarding The Fourth Phase redefines the snowboarding genre on mobile just like The Art of Flight did for action sport films. The Fourth Phase is the sequel film to the Art of Flight that will release fall of 2016. This is your chance to live the dream as you stomp tricks, collect the greatest gear, and stay connected to the most anticipated action sports film ever.

Download now to shred with legends and ride epic terrain in the snowboarding adventure of a lifetime.

SHRED THE MOUNTAINS
Ride like a pro! Recreate your favorite tricks through intuitive controls designed for touch screens. Stomp your tricks in the backcountry and explore epic lines down insane mountainsides!

BUILD THE PERFECT BASECAMP
Collect and upgrade the latest drones, snowmobiles, snowcats and even helicopters. Build your basecamp for world snowboard cinematic domination.

EPIC TERRAIN FOR THE POWDER HUNGRY
Starting in the world famous British Columbian mountains, you’ll drop into waist deep powder and carve your way through daily missions. After proving your skill you move on to Jackson Hole and then Alaska to ride sick lines and secure your spot in the upcoming film.

LOOK GOOD, RIDE HARD
Customize your rider with new outfits and boards. In Snowboarding: The Fourth Phase your every move can be captured for playback and shared with the world.

BE A PART OF THE FOURTH PHASE
As you grab the attention of snowboard legend Travis Rice, you’ll need to step up your gear to keep up with the crew. Keep riding to prepare for future chapters when it’s your turn to shoot for the film!