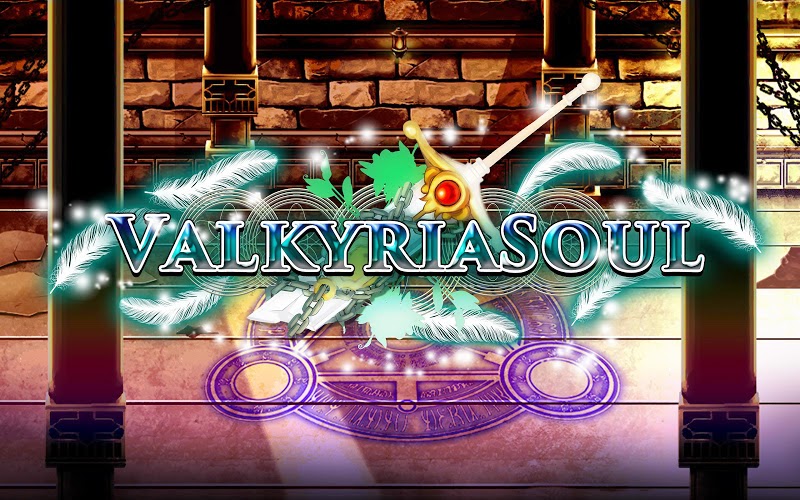 Description
Fight as the Valkyrie Reginleiv in a fantasy RPG where you can collect, train, and transform a fully customizable army of powerful monsters!
In a world devastated by the events of Ragnarok, two unlikely champions will rise to oppose the forces of evil.
Huginn, familiar to the fallen god Odin, seeks to resurrect his master. To do so he frees Reginleiv, an infamous and powerful Valkyrie imprisoned for heinous crimes against Asgard.

Together, they will battle to bring order and peace to a broken land.
With beautiful, smooth animations, addicting, deep strategy, and a myriad of monsters to collect, Valkyria Soul is an innovative RPG that will keep you coming back for more!
What really happened during Ragnarok? What dark forces stir in this ravaged land? Will you be able to unravel the intricate web of lies and mystery and discover the truth?
Story
Ragnarok, the apocalypse, has come and gone.
The war between the hosts of Asgard and their monstrous foes ended in a hellish sea of flames, devastating the Nine Worlds and leaving naught but a nightmarish ruin in its wake. Now, dark spirits haunt the wreckage of the realms, and survivors eke out a meager existence among the settled ashes and death.
The few left in Asgard fight a hopeless battle against an overwhelming foe, struggling desperately to restore order to the broken world.
Seeking new allies, Huginn, familiar to the dead god Odin, breaks the seal on an ancient prison.
A prison that holds the criminal Valkyrie, Reginleiv, one of Asgard’s legendary Maidens of Battle.
Gifted with the power to save the souls of those she defeats, or to use them to increase her own power, she might just be enough to turn the tide of battle.
If, of course, she can be trusted.
Collect, Enhance, and Transform Fylgja!
A Valkyrie’s strength comes from her power to manipulate the souls, or spirits, of others.
By taking a soul and binding it to a soulless physical vessel (or Fylgja), they can create loyal minions and command them against the forces of darkness.
Earn new Fylgja through combat, turning your enemies into your friends!
Fylgja gain levels, and can even be combined with other Fylgja to make them stronger, or even to transform them into new, powerful forms!
Soulbinding
Each Soul that you will find has its own unique personality, abilities, and skills.
Attaching it to a Fylgja will affect not just how that Fylgja behaves in combat, but its stats and abilities as well!
Each Soul can have a maximum of three active skills and three items equipped at any given time.
In addition to the Soul’s skills, each Fylgja has a unique skill that it can use in combat.
Souls can learn these Fylgja skills, allowing any Fylgja Soul bound with it to make use of these powerful techniques.
Find the best combinations of Soul and Fylgja to become the strongest Valkyrie of all!
*This game features some in-app-purchase content. While in-app-purchase content requires additional fees, it is not necessary for finishing the game.
*The actual price might differ depending on the region.
[Supported OS]
– 2.3 to 5.0
[Supported Screens]
– HVGA(320×480) and up
[Xperia(TM) PLAY]
– Not optimized
[SD Card Storage]
– Enabled
[Languages]
– English, Japanese
[Non-Supported Devices]
This app has generally been tested to work on any mobile device released in Japan. We cannot guarantee support on other devices.