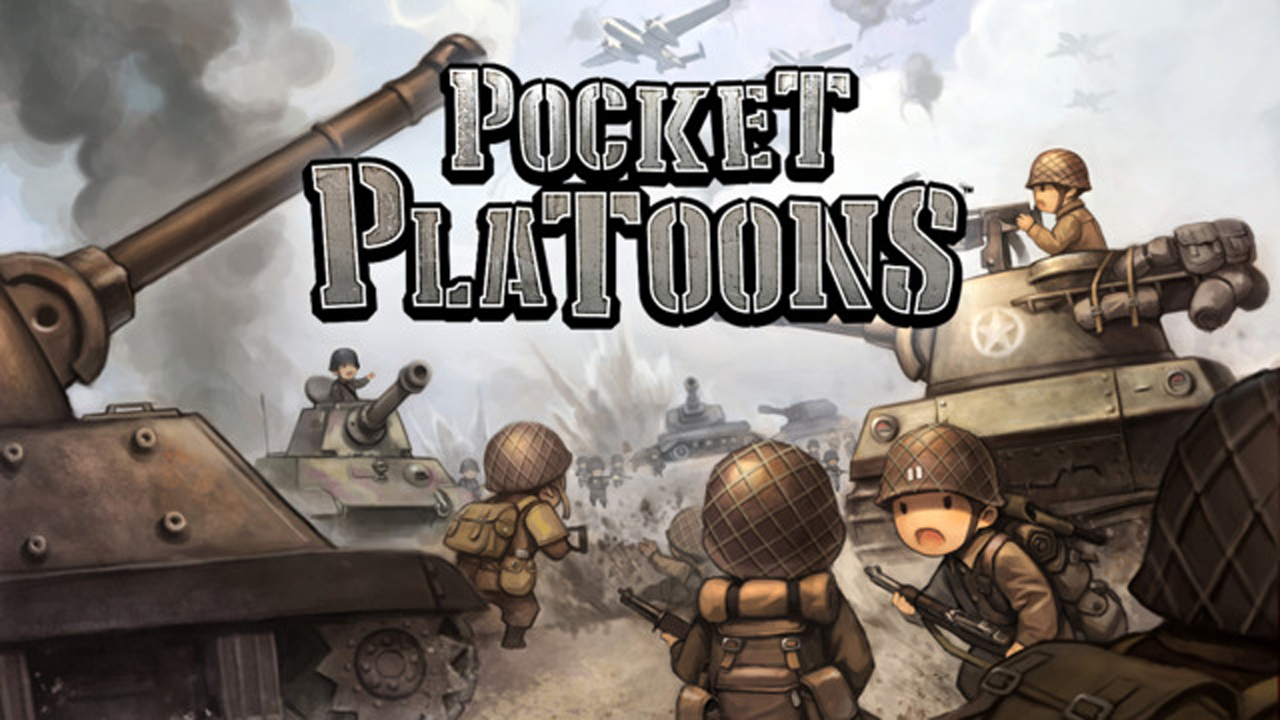 Pocket Platoons by En Masse Entertainment (IOS/Android)
Charge into battle with the greatest generation in history! Draft an army of WWII soldiers, tanks, machine guns, and artillery to dominate your enemies. Fortify your base, train the troops, plan your attack, and control the front line!

All in-game text is in English.

• Battle across Normandy in challenging campaigns of over 180 missions!
• Craft your tactics to overcome—and use—terrain features.
• Train 29 distinct combat units, and customize each for your play style.
• Lead your troops into battle—or delegate a lieutenant to take command!
• Fight as either the Allies or Axis—the choice is yours!
• Collect blueprints from battles and construct the best weapons!
• Build a defensive strategy to turn your base into the ultimate command center.
• Defend your base against enemy players, and conduct bombing raids on the enemy!

With Six Battle Modes to Master:

• Campaign – Battle across Normandy in 180+ challenging missions.
• Raid – Invade players’ bases and test their defensive strategies.
• PvP War Games – Pit your tactics against live opponents.
• Siege – Refine your strategies against waves of computer enemies.
• Coalition Battles – Gather a coalition and fight 5v5 against other teams of players.
• Secret Mission – It’s big, it’s bad. It may take everything you’ve got to beat it.

Pocket Platoons is totally free to download and play but some optional items can be purchased with real money from inside the game. You can disable in-app purchases within the settings menu of your device. We cannot offer support or compensation related to use on non-recommended devices.