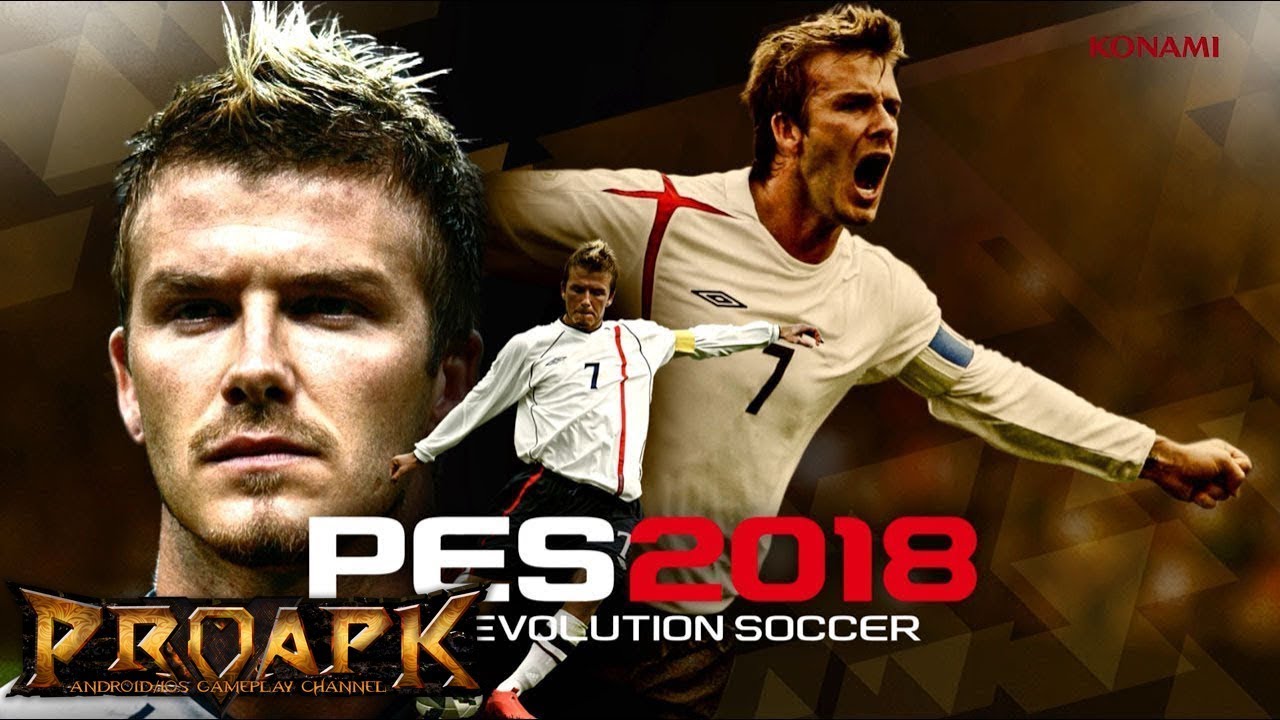 NEW FEATURES TO MAKE MATCHES MORE EXCITING
The authentic soccer action of “PES” has been upgraded with data to match the start of the 2017-2018 season!
With the new “Friend” feature, you can enjoy online matches in realtime against your friends whenever and wherever you want.
If you want to play casually against nearby friends, now you can with “Local Matches” and “Local Leagues”, where you create an original tournament. Enjoy heated matches against your friends and clinch the top spot!
Starting with D. BECKHAM and with more legendary fan-favorites yet to come, there’s never been a better opportunity to create your ultimate dream!
Matches have been improved with the addition of new gameplay features, such as the Chip Shot and Controlled Shot.
There’s also been a big overhaul to the game’s sound and visuals.

THE PES 2018 MOBILE EXPERIENCE
Take total control of every action on the field in a way that only the PRO EVOLUTION SOCCER franchise can deliver!
Natural player movements, precision passing, and in-depth tactics bring the true experience of the beautiful game to your mobile device!

SWIPE TO PASS! TAP TO SHOOT!
Controller actions have been optimized to make playing on your mobile device feel as smooth and exciting as a PES action game should! Utilize PES “Advanced” controls for precise passing and controlled shooting. “Classic” virtual pad controls are also available.
Master your technique and feel the excitement of scoring the winning goal in the ultimate action soccer game!

BUILD YOUR WINNING ELEVEN TEAM
Acquire players through Scouts, Agents, or the Scout Auction.
Choose the best players to fit your unique tactics.
Every player is unique and every match is a new experience!Create your very own team and play right away!

OFFICIAL CLUB PARTNERSHIPS
Scout and recruit thousands of soccer stars from the best teams in Europe, South America, and Asia.
Prepare to feel what it takes to play with or against stars like L.MESSI, L.SUÁREZ, INIESTA, PIQUÉ and O. DEMBÉLÉ.

THE OFFICIAL “UEFA CHAMPIONS LEAGUE”!
Experience official visuals from the “UEFA Champions League” as you compete against the top teams in Europe.