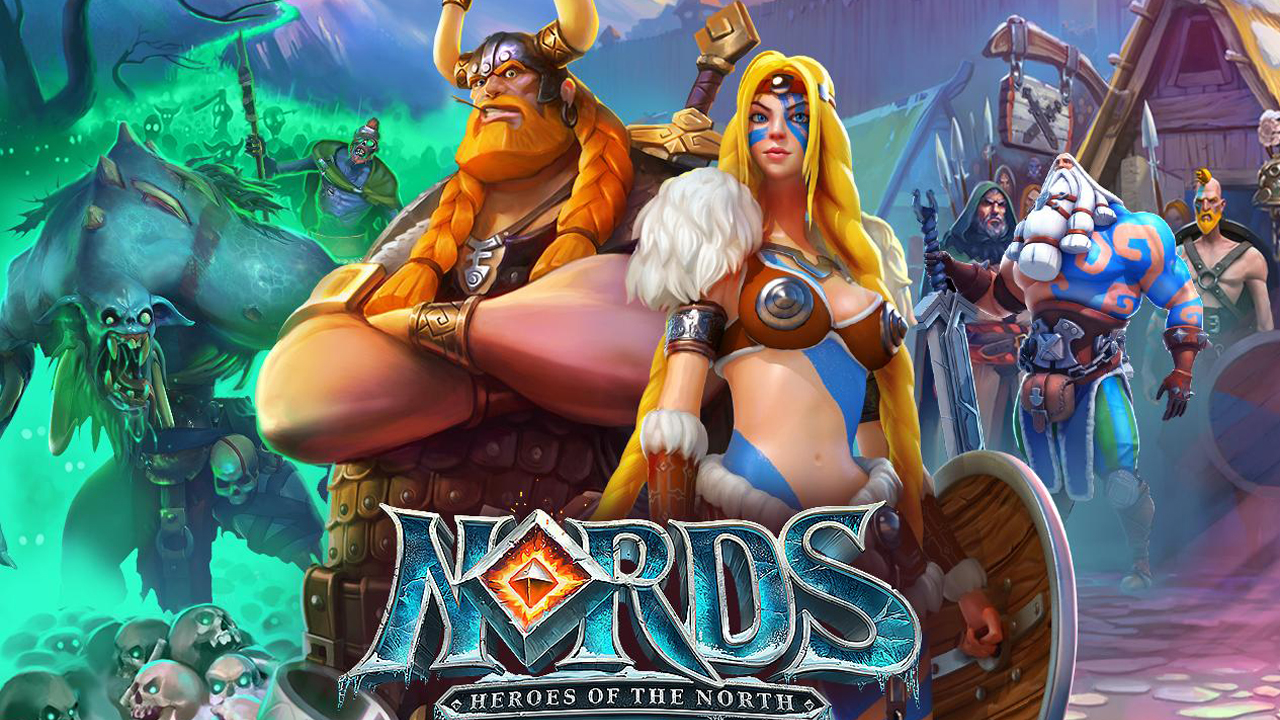 Nords: Heroes of the North by Plarium Global Ltd (IOS/Android)
Epic MMO strategy like you’ve never seen it before is now available for Android!
The realm of Shingård is under siege! Forge a ragtag army of Northmen, Orcs, Elves and Dragons to fight for King Björn the Awesome. Join millions of players and thousands of clans as you battle it out across the frozen North in one of the biggest gaming communities in MMO strategy!

Nords: Heroes of the North™ lets you play with anyone you want, on any device you want – all on one massive MMO server! Play at home, on your mobile device, or both! Never miss a battle again!

Arm your Stronghold, build your army, and go to war for loot and glory!

NORDS: HEROES OF THE NORTH is completely free to play, however some game items can also be purchased for real money. If you don’t want to use these items, please disable “in-app purchases” in your device’s settings.

**Our reviews speak for themselves:**

– FREE TO PLAY –
• Nords is fully-synced with Facebook – so there’s nowhere to hide!
• Play with your friends at home, at work, or on the go – from any device!
• AAA artwork and an original score by Jesper Kyd!
• Featuring Patrick Warburton as King Björn!
• Watch the action with fully-animated 3D battles!
• Spy, raid, form clans, and upgrade to take your Stronghold to the top!
• Collect, craft, and customize with new RPG gameplay!
• Use 30+ battle-ready units from four factions for PvE and PvP combat!
• Choose a faction and customize a Champion to lead your armies!
• Command hilarious characters, hapless heroes, and the baddest warriors to ever swing a battle axe.
• Play in English, French, Spanish, Italian, German, and Russian!