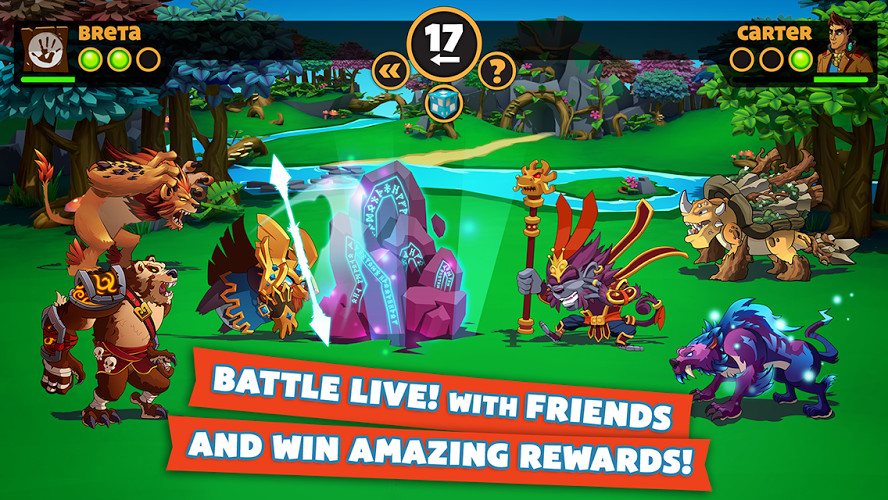 Description
The Monster Kingdom is under attack! Mysterious creatures known as Grembles have appeared out of nowhere and are invading the Kingdom! Who’s behind this new menace, and what do they want? Train a crack team of monsters to fight back, and stop the Gremble invasion!

Features:
* Train, evolve, and collect a whole slew of distinct stunning monsters
* Battle your way to saving the Monster Kingdom through an immersive single-player story
* Battle head-to-head LIVE against other players from around the globe in the multi-player arena
* Engage in fully animated monster battles complete with explosive effects
* Compete in league play and tournaments for huge prizes
* Play with your friends through trading and boosting
* Discover different monster combinations that support each other to crush the opposition
* Develop unique winning strategies with hundreds of different abilities, items and gems
* Customize your monsters with uniquely themed skins
What are you waiting for? Download Monster Kingdom now and begin your monster battling adventure!
Monster Kingdom 2 is completely free to play, however some game items can also be purchased for real money. If you don’t want to use this feature, please disable in-app purchases in your device’s settings.