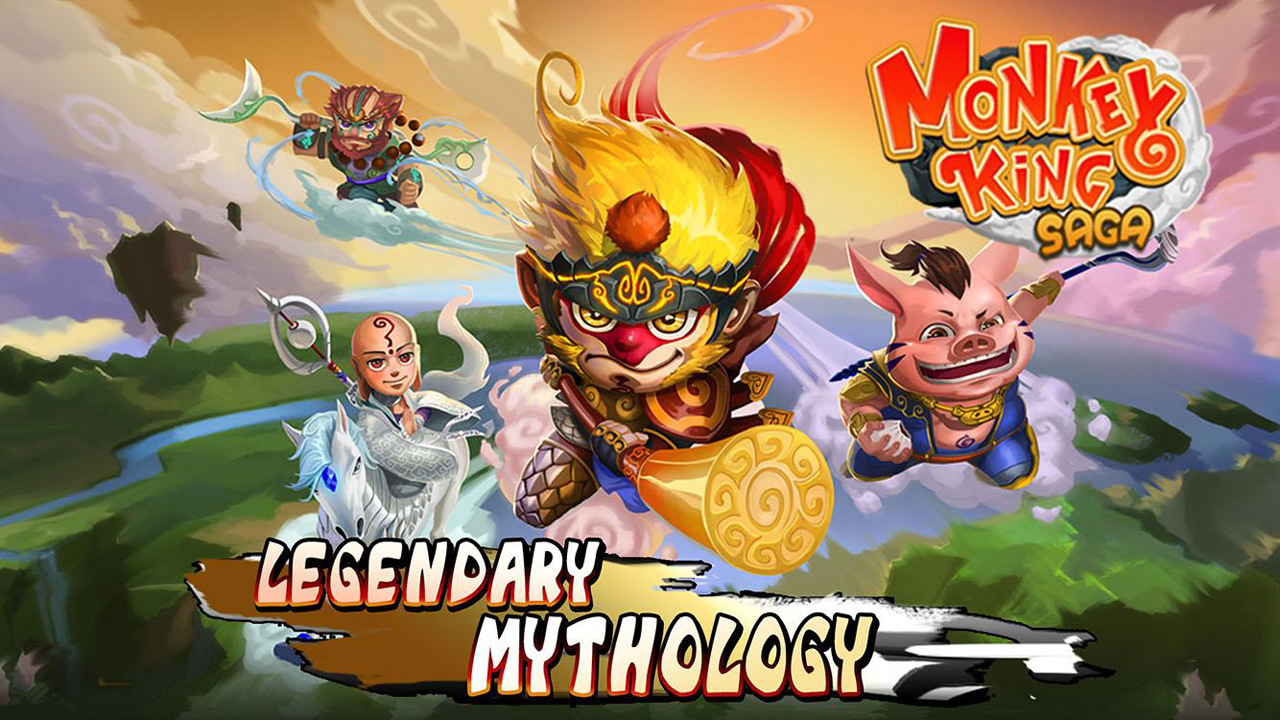 The unlikeliest of heroes join forces to help their monk fulfill his journey across perilous lands set in the world of “Journey to the West”. Recover the sacred scrolls and bring peace to the kingdom in this action-packed, innovative, ‘twist’ on the classic tower-defense game! Now you have complete control of god-like heroes that are free moving within the environments, and bring new strategies and awesome powers to the action.
Monkey King Saga takes players on a mythical journey across Eastern China, through forests, over mountains, across deserts and down into Vultures Peak in India to retrieve the sacred scrolls.
Play the Monkey King, Pigsy and Sandy simultaneously, as they journey across ancient China protecting Tripitaka the Monk from all that would do him harm.
• EPIC BATTLES: 115 battle modes over 23 unique maps to take your Heroes on the journey of a lifetime.
• ADVANCED COMBAT: Freely move your Heroes using touch-and-place movements and character action buttons to attack, transform, set bombs, super jump and more!
• INTELLIGENT ENEMIES: Over 50 unique monsters, each with their own attack abilities that you can capture, collect, evolve and level up as they become your own Allies!
• SOCIAL REWARDS: Call on the help of your Facebook friends to earn Heavenly bombs such as Crushing Buddha Palm, Blizzard, Deity Curse and more, to bring down the might of heaven on your enemies!
• DEEP RPG SYSTEMS: Train, equip, and upgrade a massive number of elements, including: Heroes, Allies, impressive weapons, armor, and magical items to ensure your Heroes and Allies are battle ready!
• STUNNING VISUALS: Beautifully realized 3D world, with highly detailed and fully animated characters and gorgeous, hand painted environments.
• CLASSIC MYTHOLOGY: One of the most famous stories of all time in an all-new innovative, action defense game!
Monkey King Saga™ is developed by T-Rex Games and Published by TapStar Interactive Inc.
Please Note: Monkey King Saga is free to download and play, however, some game features and items can be purchased for real money. If you don’t want to use these features, please disable in-app purchases in your device settings.