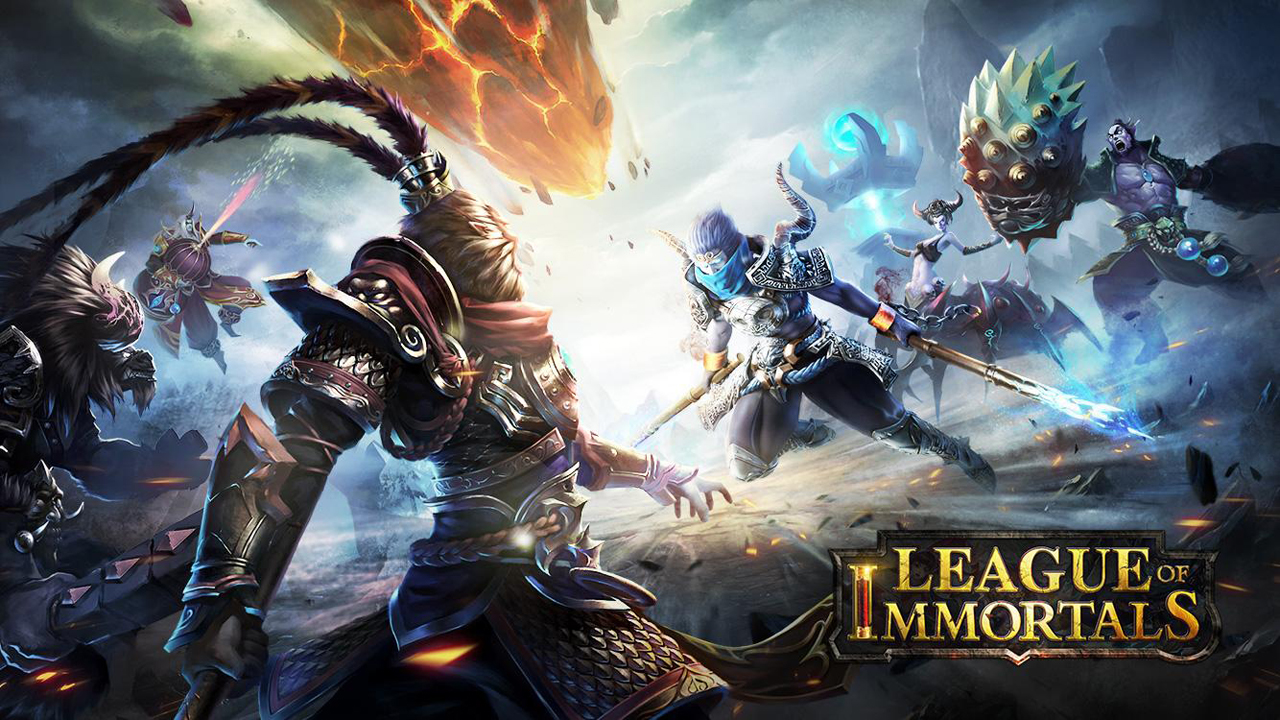 – Innovative Versus Mode where allows you to enter matchmaking and battle your opponents in realtime PvP. Players can compete online against millions of active opponents, controlling their heroes in intense battle.
– Intuitive controls allow you to move your heroes, cast their abilities, and slay the enemy forces. All this and more in the palms of your hands!
– Train and equip your heroes as you see fit, and customize your team. Raise up the mighty Wukong, send forth Nezha, and control heroes from all the Three Realms.
– Coordinate with other players to create your very own clan. Gather together and strategize how your to dominate the competition!
– Competitive tournaments held at the IET ESports event, where players compete in front of countless spectators.

An unprecedented new gaming experience with realtime MOBA combat! All of this and more is waiting in your League of Immortals journey.