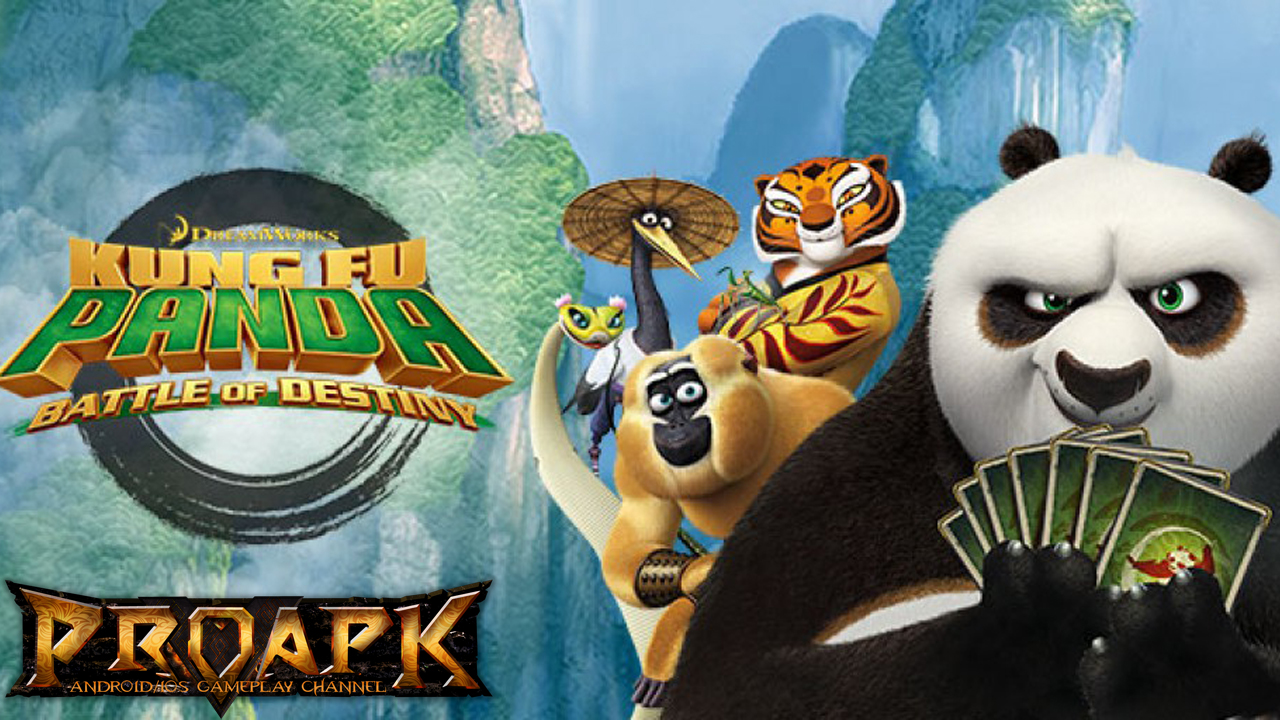 Kung Fu Panda: Battle of Destiny by Ludia (iOS/Android)
Woah! These Cards Know Kung Fu!
Legend tells of an ancient card battle game, whose hundreds of cards and strategic kung fu card battles were the stuff of… legends. In this game based on Dreamworks “”Kung Fu Panda”” both beginner and bodacious kung fu warriors will train to master their skills and achieve PURE AWESOMENESS!

Get your kung fu on and go head-to-head with friends and other players as you battle for card fu supremacy! Hone your skills against the Practice Dummy or face off against live opponents. With each skadoosh, rise in the ranks and become the ultimate kung fu master!

This Kung Fu is easy to learn:

PLAY AS YOUR FAVORITE CHARACTERS: Master your kung fu as Po and the Furious Five!
KUNG FU-NESS MADE EASY: Train to learn the basics and quickly level up into some serious kung fu action!
STACK THE DECK: Build awesome decks as you collect and create cards. Features hundreds of new characters, weapons, and moves never before seen in “”Kung Fu Panda””!
THE STUFF OF LEGENDS: Make super cool STUFF by transforming cards you don’t need into cards that you totally need!
QUESTS FOR GOLD: Master your Kung Fu by completing daily Quests – Conquer each challenge to win Gold and earn the respect of your opponents.
CLIMB THE RANKS: Compete in head-to-head battles to improve your rank and win exclusive cards and bonuses!