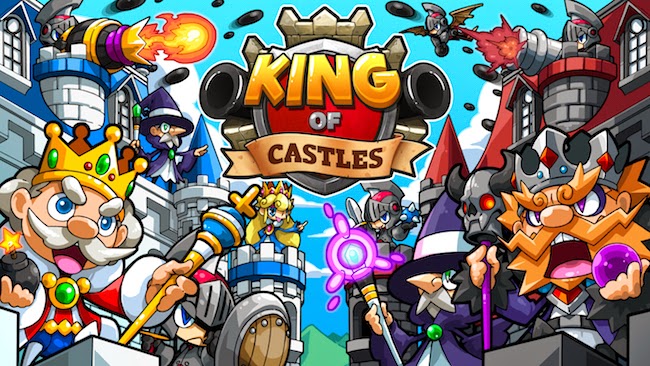 Description
Intense artillery battles! Destroy the opposing king’s fort by customizing and building your own powerful castle! The hit casual game is now available in the US and Canada!
Build a unique castle with powerful weapons – become the most feared ruler in King of Castles!

Key Features:
* REAL-TIME ARTILLERY BATTLES! – Launch your weapons fast and furious to win battles
* MANIC PVP ACTION! – Master both synchronous and asynchronous PvP battles against friends and strangers
* FORTIFY YOUR CASTLE! – Customize your castle with defensive parts, powerful weapons with special abilities, and unique decorative pieces
* INTUITIVE CONTROLS! – Simple slingshot controls that anyone can pick up and play immediately
* DEFEAT THE EVIL KING! – Conquer dozens of levels in single player mode to oust the Evil King from the lands
Become the ruler of the most powerful castle of them all! This hit game has you rule over an imposing castle where you face off against other players in battle. Dangerous duels demand precision and instinct. Rise to the challenge and ascend to the throne!
You’ll experience real time combat with excellent visuals in a unique mix of action and construction. Upgrade your catapults, shields and cannons and improve your magical skills to reach for the top!
Be your own King!