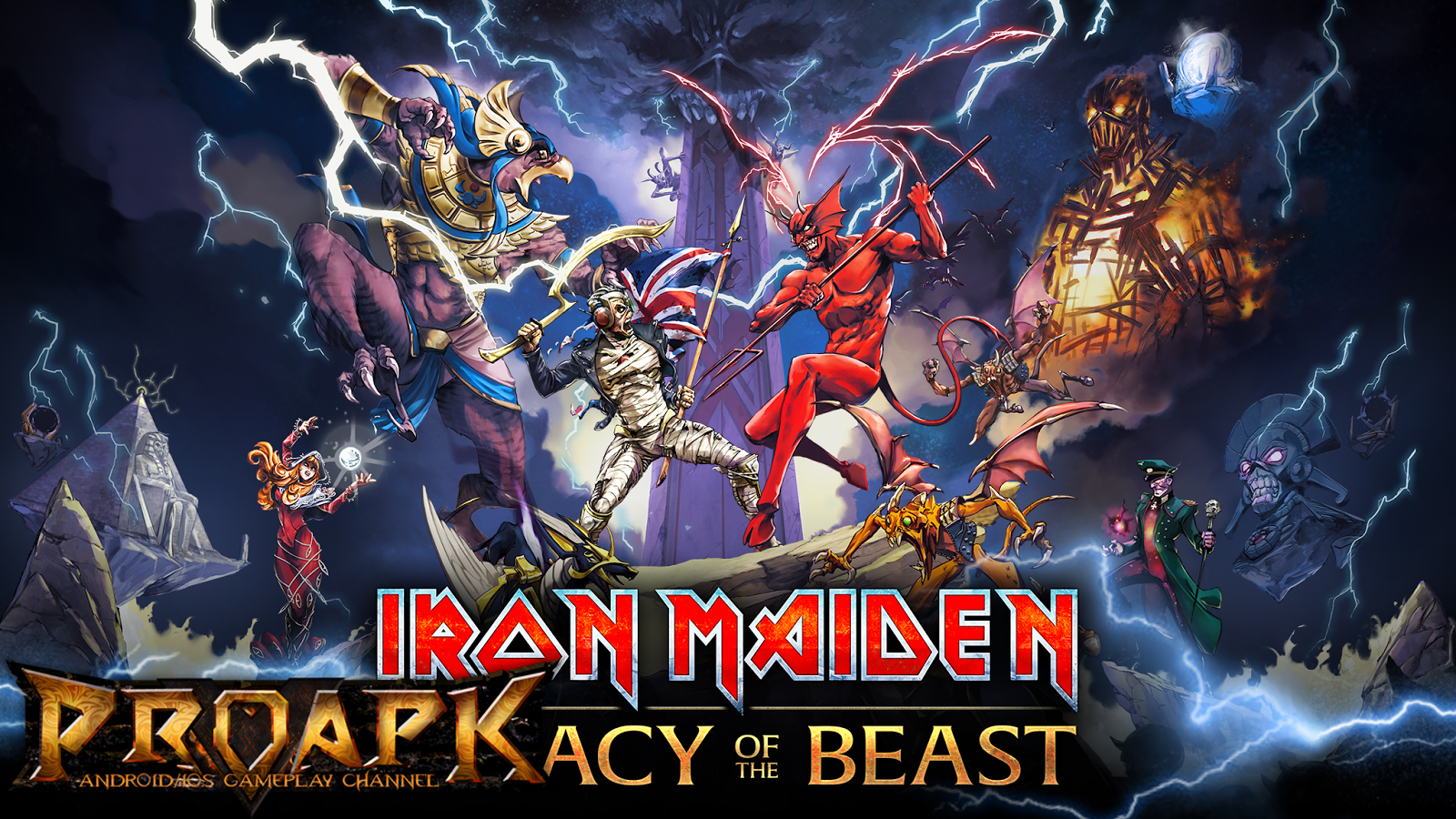 Iron Maiden: Legacy of the Beast by Roadhouse Games (iOS/Android)
Battle as Eddie across amazing worlds, inspired by Iron Maiden’s rich imagery and music. Fight legions of unrelenting enemies as you piece together the shattered remnants of Eddie’s soul, and ultimately save the universe!

GIVE ME ‘ED ‘TIL I’M DEAD
Eddie comes in many shapes and forms. Each guise is a part of Iron Maiden’s rich history, with a wicked set of special powers and abilities. Fans will recognize Eddie from classic albums such as Powerslave, Killers, Somewhere in Time and The Number of the Beast.

COLLECT AND COMMAND
Along the journey Eddie will battle many infamous foes such as the Wickerman, Horus and the Axis General. If the battle is won, the souls of vanquished minions transform into valuable weapons and allies to take into your next battle.

STRATEGIC GAMEPLAY
Upgrade and evolve your team for the ultimate battle strategy.
Over 40 different Talisman sets to pick and choose additional abilities for your characters!

CHOOSE YOUR CLASS
5 classes to choose from: Warrior, Magus, Sentinel, Gunner or Assassin.

TRAVEL THROUGH TIME AND SPACE
Explore the furthest reaches of the Maiden universe brought to life in visually stunning, 3D environments.

MUSIC BROUGHT TO LIFE
The game features Iron Maiden tracks from throughout their entire career, including previously unreleased versions of classic tracks especially prepared for the game.

Why is Iron Maiden: Legend of the Beast free to play?
We want every Iron Maiden fan and every mobile gamer to be able to enjoy our game! You can fully enjoy the game without ever spending a penny! You can battle it out, earning every piece of of the game through sheer victory on the battlefield, or you can speed up your progress by purchasing Ironite in the Vault.