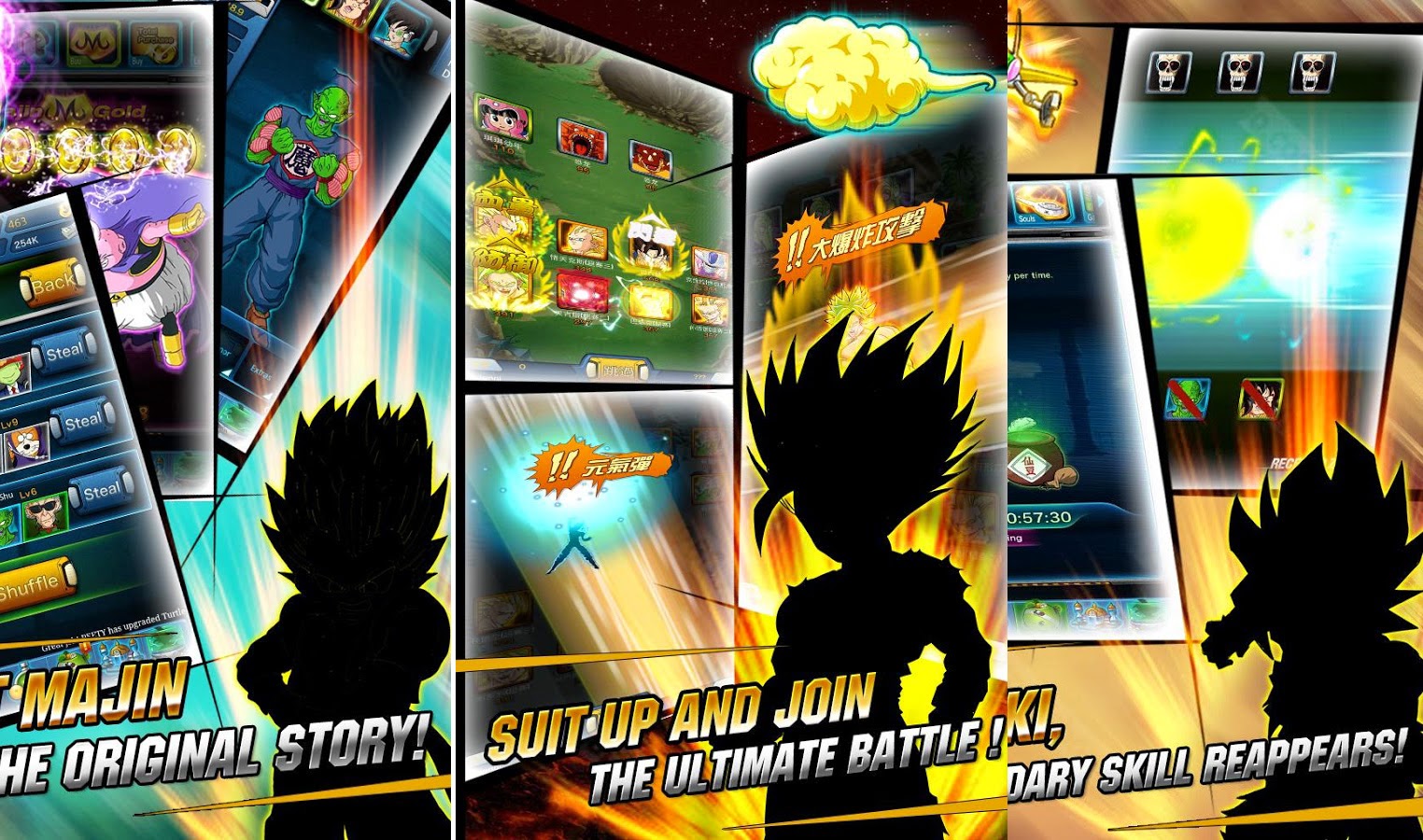 Description
It is a fantastic game！ NEW RPG strategy games “Immortal Heroes”. Defeat the Enemy in the final battle. Unexpected crises are approaching! Shenron is summoning the legendary warriors! Enjoy the Golden Saga from Z series and defeat the emerged enemies such as King Piccolo, Kami, Supreme Kai and Frieza throughout the universe. Fight with thousands of players in the tournament and be the guardians of our earth!

Features:
-High-res picture: Enjoy IMAX size feast, HD particle effects and shining effects of weapons.
-Battle: A mobile game which core is battles in Journey. Best card design and strategy buff.
-Exclusive Gear: Equiped with Son Gear, Super Saiyans can increace their ATK. ment system Dabura can get higher SPI with his own Dark Sword.
-Bond System: When Son Goku, Gohan and Goten form a team, their bond of family will activate the Buff of Saiyan Family.
Combined with vast battle modes and strategies our game will provide you with great fun.You can Recruit the strongest team and enjoy yourselves with your friends! Fight against the God in Saiyan Legends and fullfil our eternal dream.