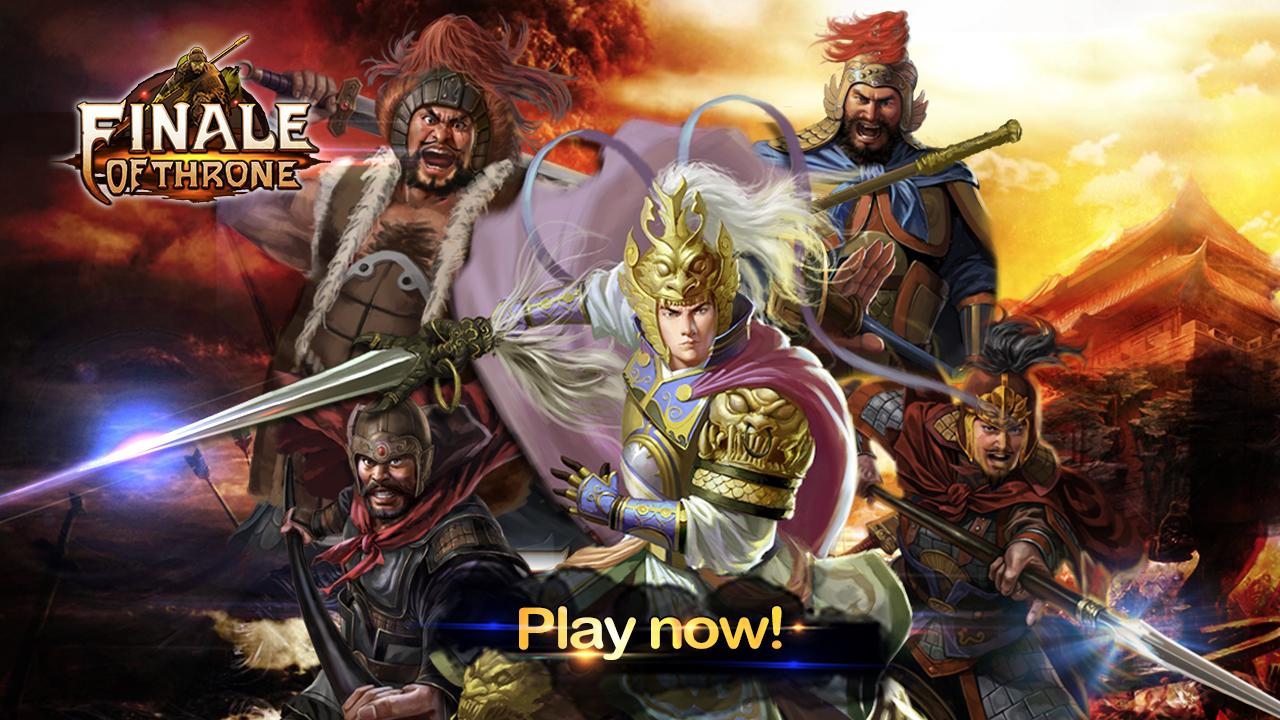 Are you a fan about the legend of three-kingdom dynasty?
Are you familiar with the legend of Guan Yu, Zhao Yun, Zhang Fei, Liu Bei, Lv Bu, etc?
Finale of Throne has arrived in SouthEast Asia, and bring you the most exciting game about Three kingdom Dynasty Game. Choose your side, fight alone with the Legendary Heroes in the Legend, and change the course of ancient Chinese history. And take the Final Throne for yourself!
Master all the skills!
Collect all the heroes to fight for you!
Unleash the true Dragon within yourself!
Prepare yourself for the storm of time, and reshape the ancient Chinese history the way you like!
Conquer the Throne!

Features
Hero Combos
Finale of Throne is a strategy game base on Three Kingdoms. Hundreds of heroes, choose your hero combos to defeat all enemies. Master the fate of heroes and reshape the ancient Chinese history！
Multiple Skills
Hundreds of talents, skills and heroes for you to choose. The best combos and formations are waiting for you to discovery!
Journey of Quests
With wonderful plots, awesome items and creative methods, a new experience is waiting for you. Lead you to a fancy journey.
Dragon Invader
Dragon is coming. Fight together and slay the ultimate monster, your saga will be eulogized everywhere！