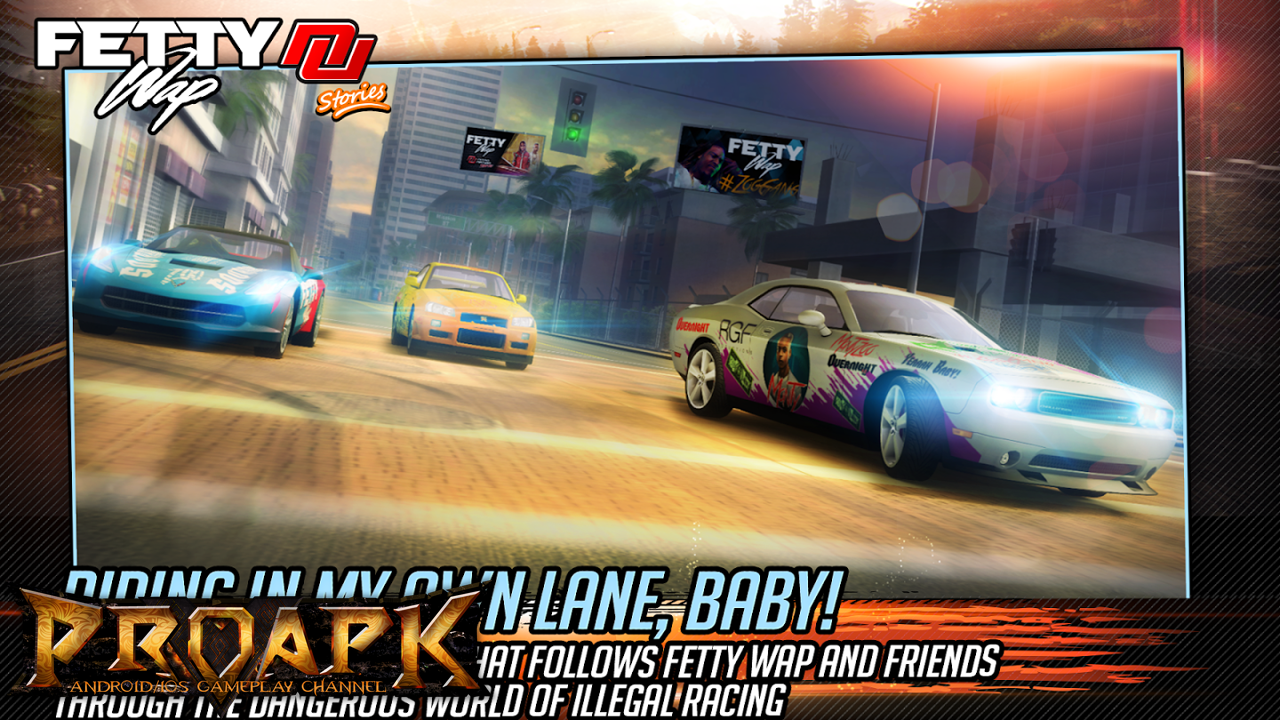 Fetty Wap:Nitro Nation Stories by Creative Mobile (iOS/Android)
Whatsup Bro! Join Fetty Wap and his friends in the best racing game, which takes you on an addictive adventure for revenge and glory.
We’ve combined the charm of award winning artist Fetty Wap, Monty and the RGF Production Team with the excitement of Nitro Nation Stories racing!

On The Road All the Time
Choose from a variety of easy to play game modes: Story Mode, Division, Street Race, Daily Races, Online Ladder, and Underground Races to earn prizes, cash and upgrades.

Win Real Rewards signed by Fetty Wap and Monty!
Each week, racers can compete in the online Underground Championship for 5 days. A Top player will be randomly selected. If you see an exclusive promo code pop-up on the screen, fill-in the contact with your shipping information to receive your prize.

Earn special Victory Points (VP) by using the featured car of the day, they can get 50% extra VP, if they use a Race version of the car they can earn 20% extra VP, which are used to claim in-game prizes at the end of the weekly championship.

Riding in my Own Lane, Baby!
Protect your turf and uncover a string of mysterious accidents and deaths in the racing community. Race through 3 unique race environments and play through 5 storyline chapters that follows Fetty Wap, Monty and Justin with a cast of characters in the dangerous world of illegal racing.

Got so Many Cars, Take up the Parking Lot, Ayy!
We’ve got a collection of 30+ really nice cars from the world’s top manufacturers like Alfa Romeo, BMW, Cadillac, Chevrolet, Chrysler, Dodge, Ford, Honda, Infiniti, Jaguar, Mazda, Nissan, SSC and VW.

All Fast Money, No Slow Bucks
Customize your ride with a selection of colors, make your own custom paint jobs and decorate your car with dozens of unique decals!

Visit Monty in the Black Market and upgrade your car in the Workshop (Engine, Turbo, Gear Box, Intake, Body, Wheels, Nitro) with 5 levels of upgrade kits.

I Do This For My Team
Players will also be able to play with a friend on a single tablet using split screen Local Multiplayer mode, or on Android TV.