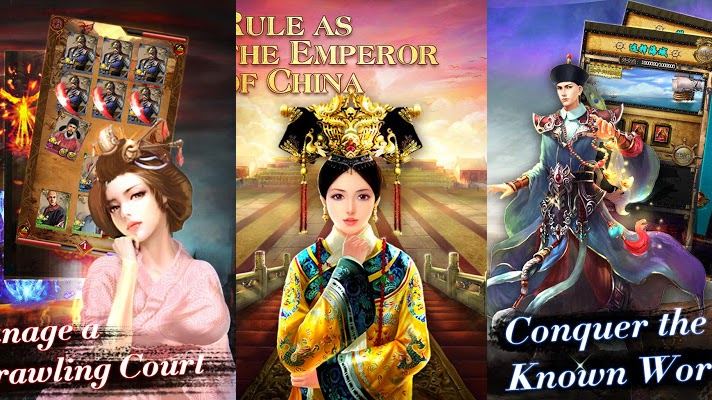 Description
Rule as the Emperor of the Qing Dynasty, living in the Forbidden Palace. Raise your heirs and survive political intrigue and palace plots. The world is yours to conquer!

Features:
1.Manage your Dynasty
2.Play with your Friends
3.Collect a variety of Character Cards
4.Battle Against and Defeat your Enemies
5.Power up your Characters
6.Challenge other Players and raise your Leaderboard ranking
Remember, you are the Son of Heaven!
This game is easy to play, but hard to master. Are you up for the challenge?