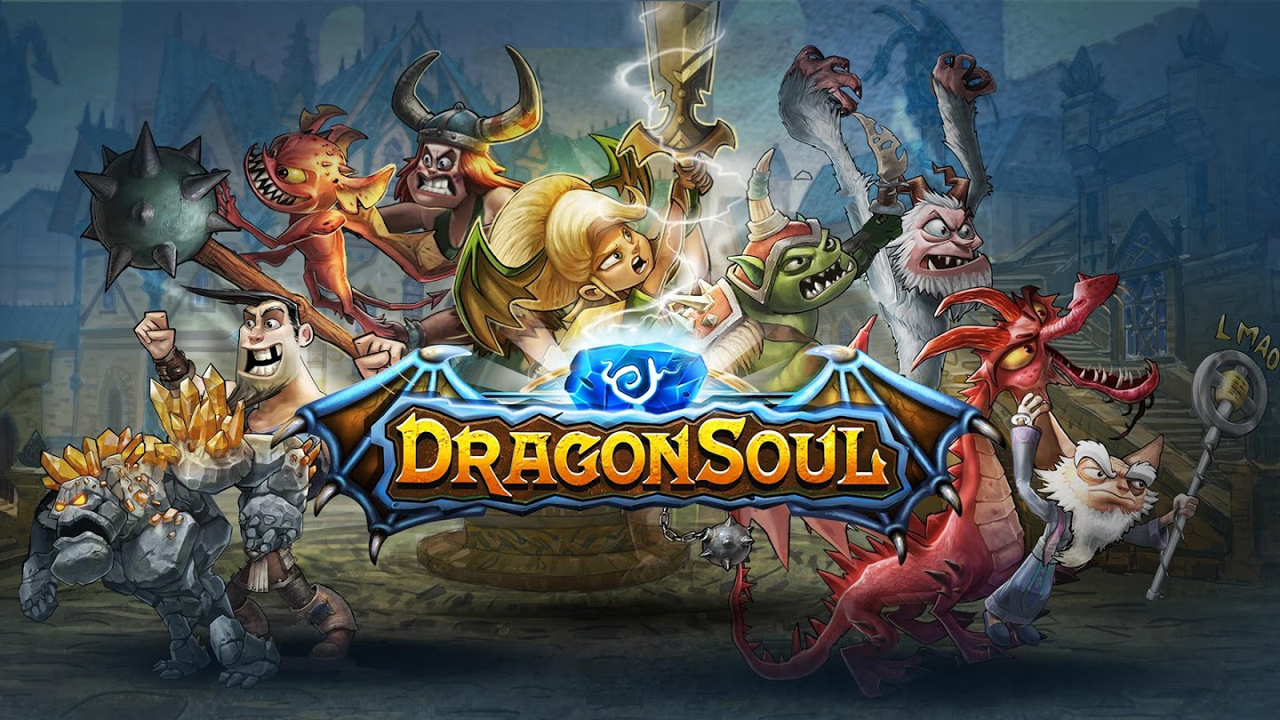 DragonSoul by PerBlue (IOS/Android)
Grab your enemies by the tender bits in DragonSoul, an epic fantasy role-playing game! Brawl with dragons and mighty monsters in fast and furious battles, because who doesn’t like fighting dragons? You don’t? Well, maybe you should go play Super Sparkle Pet Evolution instead, because this ain’t your grandma’s mobile RPG!

Key features include:
+ More heroes than you can shake a stick at! Each hero has 4 deadly powers, 4 rarity levels, and totally insane gear. We’re talking Death Metal Blades, Daisy Chainsaws and Laser Kittens (that’s right, Laser Kittens!).
+ Fast-paced, over-the-top battles: Pit your 5 best heroes against monsters, dragons, and other players.
+ An epic story campaign: Battle monsters and boss dragons to collect Soulstones and free Heroes from the clutches of the evil dragon, Umlaut!
+ PvP: Compete against other players in the Fight Pit for top ranks, prizes and bragging rights.
+ Chat, events, quests, daily rewards and more!

Long ago, fearless heroes ruled the land with their mighty powers. Jealous of their prestige, the evil dragon Umlaut captured the heroes and trapped them in Soulstones. Now, only a few entry-level heroes remain. Only you can take the remaining few on a journey from scrappy band to unstoppable army. Explore an original world with fantastic characters while fighting your way to the top, freeing heroes and defeating evil along the way!