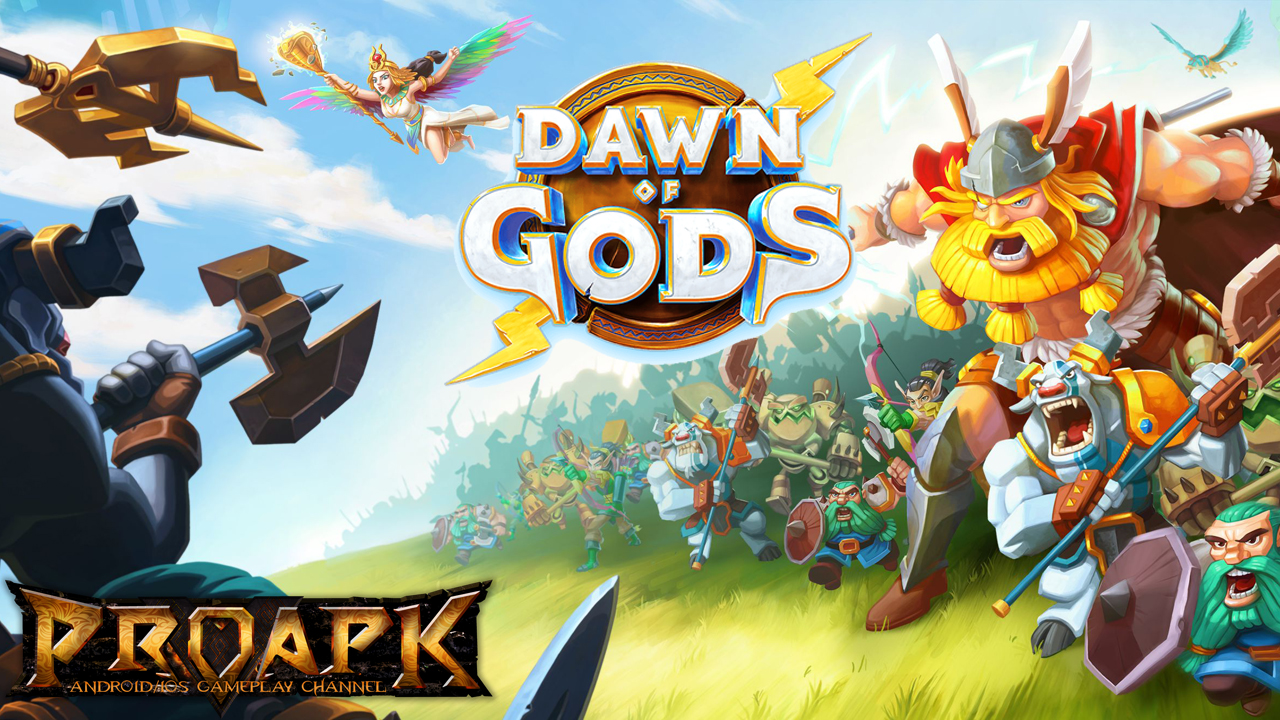 Dawn of Gods by Aeria Games (IOS/Android)
Harness the power of the Gods in the mightiest mobile strategy game of them all! Take command of famous Gods like Zeus, Odin, Ra, and hundreds more to build and defend your base! Join a guild with your friends and support each other as you battle players all over the world using cunning and strategy.
Dawn of Gods is a unique mobile RTS game featuring over a hundred Gods from Greek, Norse, and Egyptian mythology. As a newly born God, you must unite the other Gods of the world’s ancient cultures under your leadership. Use their power in combat to destroy enemy player bases and defend your own. Steel yourself for battle, for the Dawn of Gods is upon us!

FEATURES
– Summon and collect over 150 fabled Gods and heroes from classic Greek, Norse, and Egyptian myths
– Upgrade your Gods and evolve them into powerful new forms
– Devise your winning strategy with countless base-building options
– Achieve total dominance in six challenging battle modes
– Harness the power of the Gods to storm enemy bases in strategic PvP combat and climb the ranks
– Form an alliance with your friends, support each other in battle, and crush rival players together
– Conquer cities in the PvE world and gain valuable resources to expand your empire
– Save your favorite combat formations – spend less time planning and more time playing

Please note: Dawn of Gods is currently in an early release stage and may still contain minor bugs.