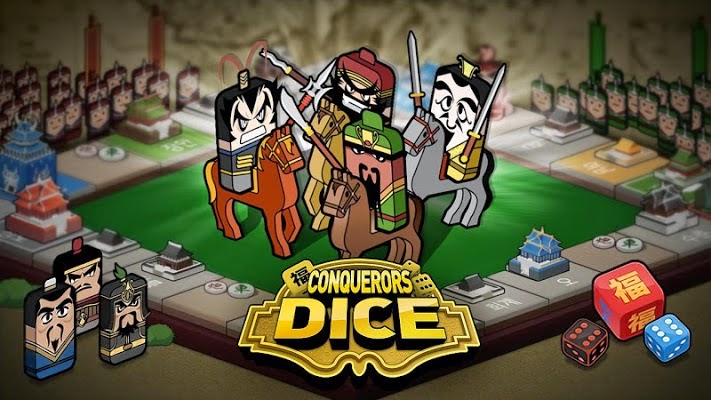 Description
Conquerors Dice is a strategy board game with Great China’s Three Kingdoms as its main theme.
Get all the brave heroes and conquer all the great lands of China.
Select your sovereign and roll the dice to vanquish the lands.
Attack your opponent’s fort and take over their men to wipe them out to disaster.
Fight for victory in the commander’s battle available at the moment of your last breath of life.
Prove yourself worthy by using smart tactics and luck in !

***GAME FEATURES***
– Collect all the brave commanders and soldiers of the Three Kingdoms.

– Power-up your sovereign’s card to fight for victory.

– Get yourself immersed in the great story of the Three Kingdoms in the Single Play mode.

– Battle against other players in the real-time Multi Play mode.