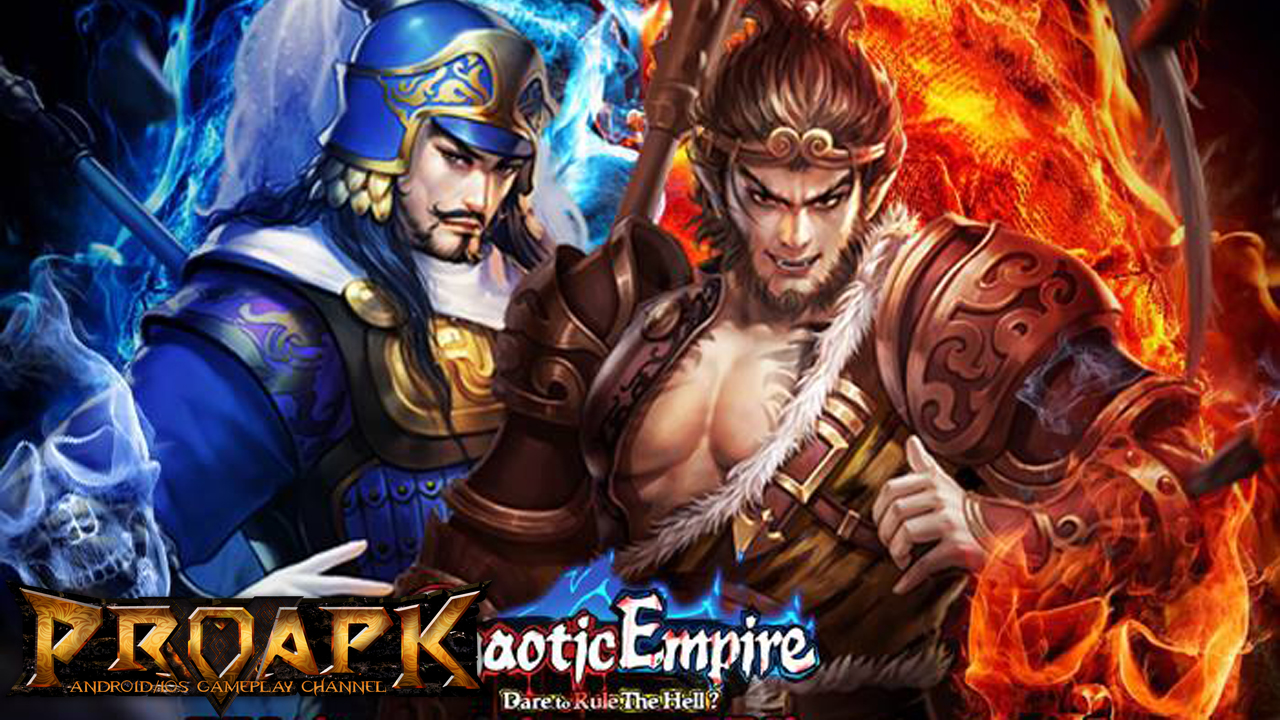 Chaotic Empire by EFUN COMPANY LIMITED (iOS/Android)
Chaotic Empire offers a new simulation & strategy game based on Legendary Generals familiar with global-recognized dark tales. Experience human and ghost battles by truly in stunning graphics and excellent effects! The time has come to fulfill your eternal glory as the most courageous EMPEROR at your disposal!
Ghosts that summoned from underworld are seeking you out to possess those cowardly souls!

•Legendary Generals!•
Recruit Legendary Generals from the Spring and Autumn Period, the Three Kingdoms era, the Sui Tang Dynasties and so on to rewrite the history such as Guan Yu, Cao Cao, Zhuge Liang even Lv Bu along the way!! Use their mighty skills and plow your road to victory!
•Human And Ghost Battles•
Four different occupations- Warrior, Cavalry, Archer, and Tactician. Enhance your disposal by different collocation to fight against the enemies. And you can change and adjust your disposal at any time to defeat the formidable adversary.
•ENDLESS WAR•
Became a part of history! Finish scenario quests that are based on events from the epic wars of classical Chinese history. Rule the world of The Haunted Dynasty by defeating new comings- devils, ghosts, demons and zombie.
•Godly Equipment•
Collect unique and exotic equipment based on mythological creatures such as Phoenix, Dragon or Tortoise, each with its own special powers!
•Became the EMPEROR•
Think you got what it takes to become an emperor? Recruit talents of the whole world to prove your might, and make your own disposal be the strongest of them all!
•Play Together To Claim Big Bonuses•
Challenge players all around the world in numerous ways and even across servers.
Interact with your friends and take part in a variety of fun challenges! More friends equal greater rewards!