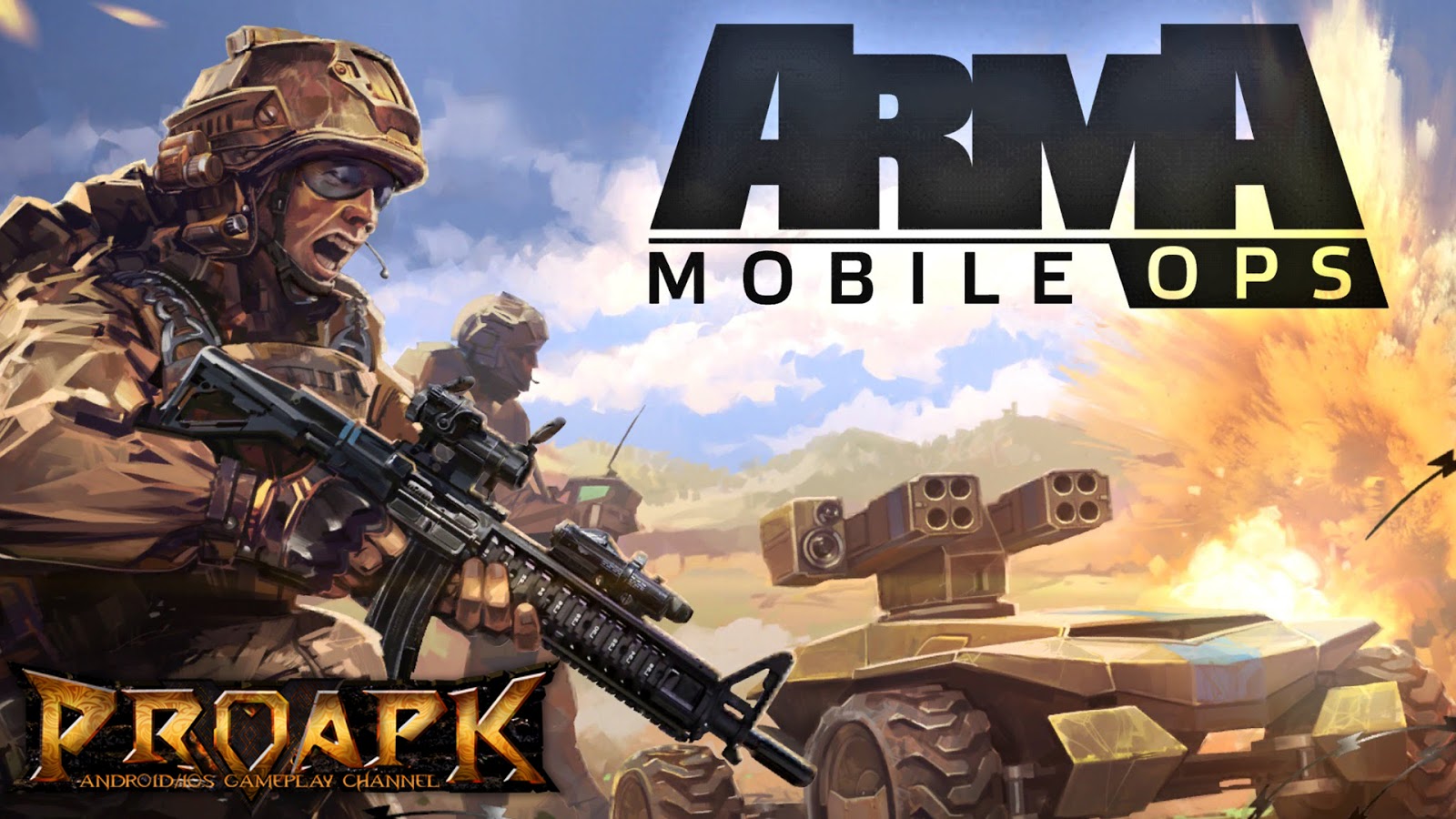 Win by pulling a perfect combo of strong base defense and intense military raids with leveled-up soldiers and drones. Gather resources, make your base impenetrable and your military power legendary. You’re gonna need it!

“Arma Mobile Ops” packs the very best of mobile strategy games and brings the realistic visual style of the “Arma” franchise to devices that fit your pocket. Playable for free from the beginning till the very end, with optional in-app purchases.

Features:
• Build, enhance and expand your own base with the most efficient combination of structures to quickly train your military force and gather all necessary resources

• Unlock powerful protective measures and a variety of defensive structures such as mines, cannons, walls and bunkers to keep your base safe from enemy raids

• Gain experience with your units, rank them up, make them stronger and their stats more powerful to win faster

• Give commands to your soldiers and units before the raid begins: control the speed of their movement, the direction of their attack and choose between a stealth approach or charge assault

• Take your opponents by surprise with an effective combo of infantry, ground or air drones that will rip any defenses apart

• Face other players in action-packed multiplayer matches: defend your base against raids and strike back fast for revenge and additional resources

• Form alliances with friends, climb up the league ladders to earn respect in the community of players and rake in some sweet resources as a winning prize

Fair warning: You need an Internet connection at all times when playing “Arma Mobile Ops”