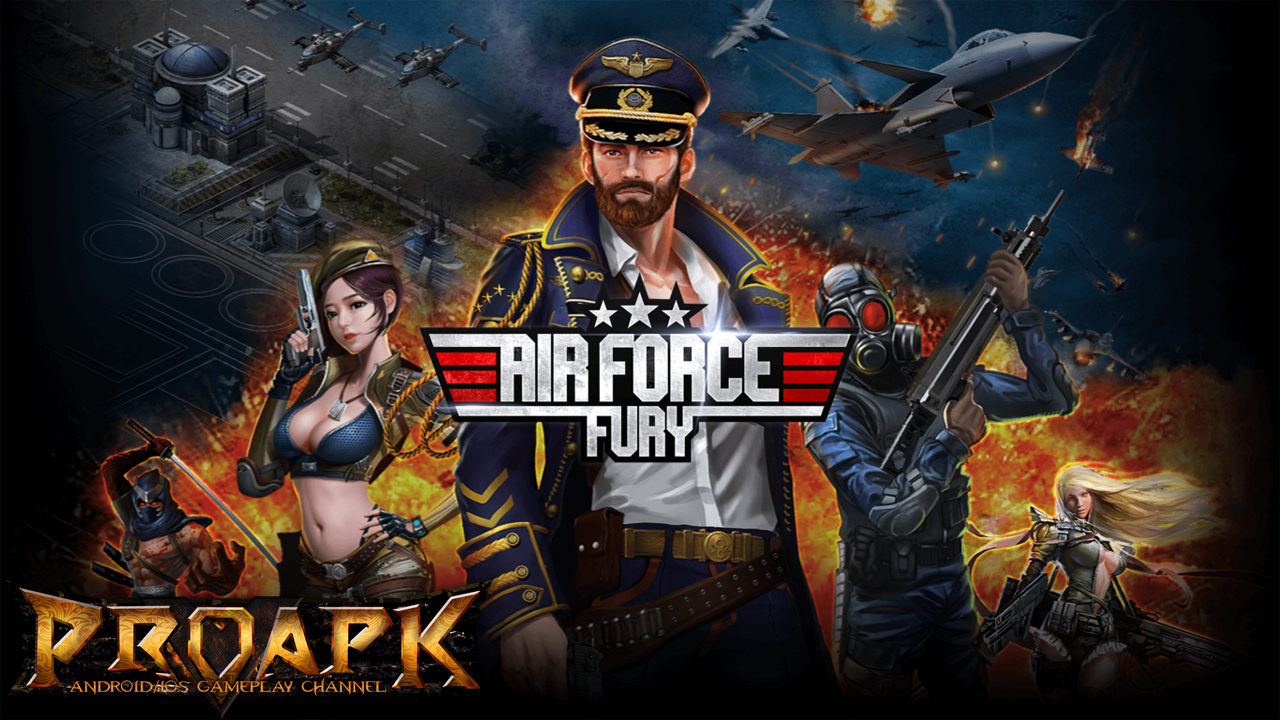 Air Force Fury by E-Link Entertainment (IOS/Android)
Command your Air Force and unleash fury over the skies. Build your modern Air Force base, perfect your arsenal of fighter jets, bombers, gunships, mechs and more, and dominate the skies through the hundreds of campaign missions and the real-time world map. Become the ultimate Commander in this action-strategy war fighter in the skies.

UNLEASH FURY IN THE SKIES
►Intense combat: Select the aircraft from your arsenal, set your formation, and strap in for all-out warfare with your own elite squadron.
►Hundreds of missions: Take on a massive single-player campaign, special Elite missions, Boss Battles and more.
►Take over the world: Expand your Air Force on the World Map, attack and defend valuable resources, and challenge players from around the world.

COMMAND YOUR AIR FORCE
►Build your Air Force Base: Manage your Command Center, expand your base, mine resources, maintain your fleet, and destroy or be destroyed.
►Upgrade your Facilities: Build and upgrade each facility: The aircraft factory, modification plants, equipment plants, tactical-ops centers, research centers, and more.
►Amass Resources: Win/mine/pillage/procure valuable Resources to build and upgrade your base.

PERFECT YOUR AIRCRAFT ARSENAL
►Modern to Futuristic Aircraft: Produce and/or procure everything from fighter jets, stealth bombers, gunships, mech soldiers, and more.
►Upgrade & Customize each Aircraft: Level-up your Aircraft and customize each element; from fuselage, missiles, launchers, to canons.

RECRUIT SPECIAL HEROES
►35+ Unique Heroes: Each Hero has a unique skillset which offers special Skills and Buffs that can give you the much needed edge in a Mission.
►Find your top gun: Collect them all in the Hero School, max their stats and have them command your fleet for total domination.

DOMINATE WITH GLOBAL ALLIANCES
►Join an Alliance: Create or join an Alliance with players from around the world.
►Power in numbers: Get even more resources, buffs, gifts and other bonuses by joining an Alliance.
►Unlock more Missions: Access special Battles and Training missions only available to Alliances.
►Global Rankings: See where you and your Alliance stand vs. the rest of the world.